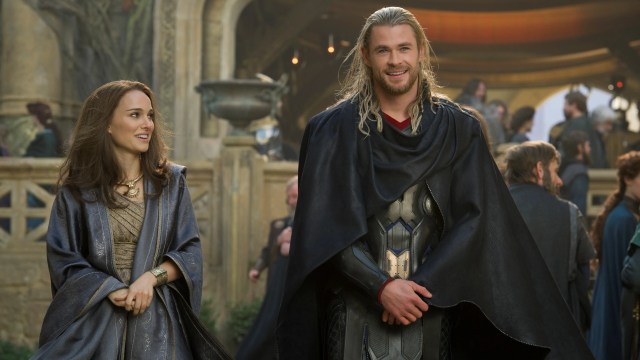 Thor: The Dark World remains one of the most controversial MCU films in history, with people frequently debating if the movie achieved its aims or failed to live up to the Thor films that came after it. But now, Thor’s lead actor, Chris Hemsworth, will return to one of Thor: The Dark World’s key locations to perform in front of his toughest audience yet: Sleepy Toddlers. But this is one time Hemsworth won’t be criticized if he puts the audience to sleep.

According to the report, Hemsworth will be reading an extremely fitting book, Stormy Night by Salina Yoon. Scholastic describes the book by saying:

“When thunder shakes the house and rain pounds the windows, Bear is frightened. But helping Mama, Papa, and Floppy not feel so scared actually makes Bear feel better too. Before Bear knows it, the storm has passed, because even storms need their sleep, just like little bears.”

While talking to the Radio Times, Hemsworth described the book and experience by saying:

“I love nothing more than reading bedtime stories to my children and it was a joy to get to read Stormy Night, a story about a little bear who is scared of storms. Even though I know a thing or two about thunder and lightning, I always feel better when the storm passes.”

Hemsworth is not the only Marvel star to read a book for the CBeebies Bedtime Story block. Thor’s brother Loki also appeared on the show when Tom Hiddleston read Supertato by Sue Hendra and Paul Linnet. Chris Evans, the actor who portrays Captain America, has also appeared on the show. He read Even Superheroes Have Bad Days by Shelly Becker in 2017.