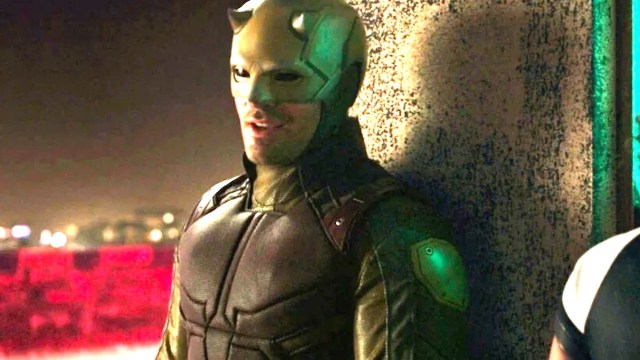 As much fun as Charlie Cox’s She-Hulk stint was, it did little to assure fans that Daredevil: Born Again will carry over the grittier tone of Netflix’s acclaimed series starring the Man Without Fear. And while we’re still a ways from getting some concrete plot details about the Disney Plus revival, at least the latest production details on the show promise that it will remain authentic to its predecessor in one major way.

According to intel shared by The Illuminerdi, Born Again is scheduled to shoot from February 2023 all the way to December that same year. This lengthy production process not only gels with previous reports, it also fits with the revival’s fan-pleasingly hefty episode count, with its first season clocking in at a whopping 18 episodes. What’s more, the outlet confirms that filming is set to take place in New York City itself.

While these details are yet to be officially announced, The Illuminerdi has previously fed us some accurate Marvel info, including Aubrey Plaza’s Agatha: Coven of Chaos casting, so they may well be on the money about this. If Born Again does end up shooting in NYC, it would be a major first for Marvel Studios, which famously hosts most of its projects in Atlanta. It would, however, be in keeping with the Netflix run that likewise filmed on the streets of Manhattan.

Relocating production to Atlanta probably would create some stark visual differences between the Hell’s Kitchen of Netflix’s DD and Born Again‘s, so that’s very possibly the reason behind the unusual shooting location for Marvel. Now we just need to find out if the full Daredevil supporting cast is coming back alongside Cox and Vincent D’Onofrio.