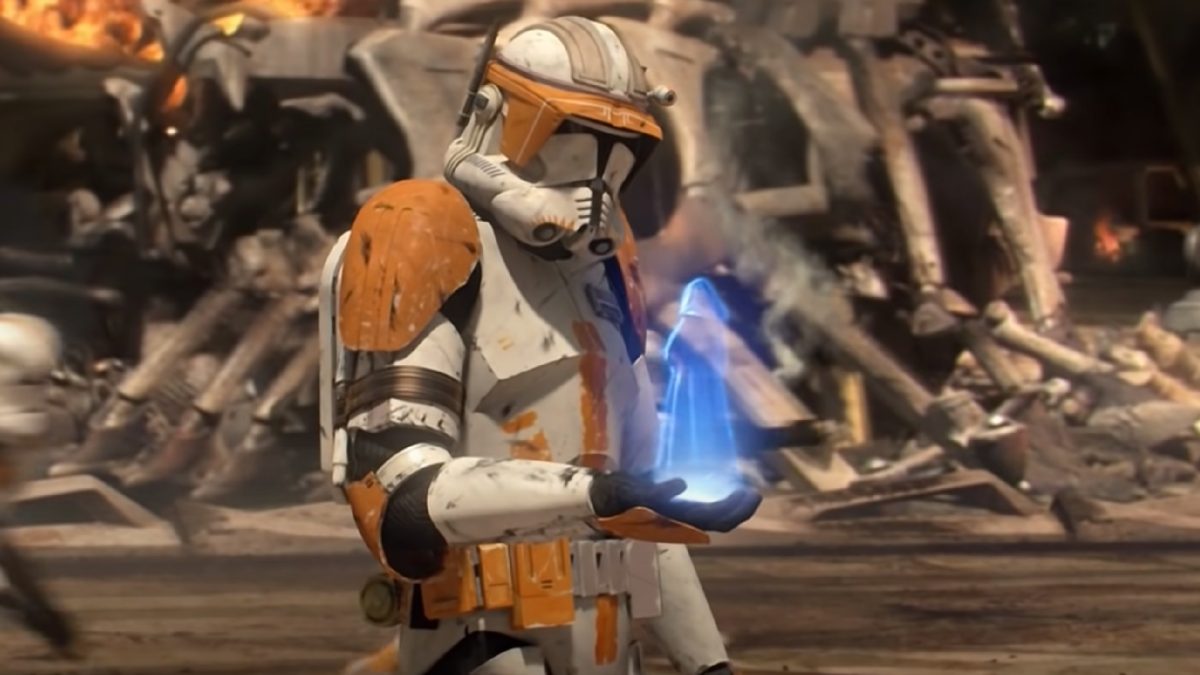 Star Wars: The Bad Batch just aired its third episode of the second season, re-introducing a vital character from the past. The clone marshall commander CC-2224, also known as Cody, re-appeared in The Bad Batch for the first time after the events of Order 66, bringing a crucial development for the future of the series.

Commander Cody was assigned as High Jedi General of the Grand Army of the Republic during the Clone Wars. As Obi-Wan Kenobi’s closest friend and loyal companion, the duo had an unbreakable bond prior to the events in Order 66. Unfortunately, as much as Cody cherished his closest companion, he was under the influence of an inhibitor chip. This ultimately led him to attack at the outset of Order 66, and—heartbreakingly—shoot Obi-Wan.

Since his last appearance in Order 66, the commander’s whereabouts have been incognito — that is, until the third episode of Star Wars: The Bad Batch. The episode granted fans with a redemption arc for Commander Cody, as the effect of Order 66 fades at last. As the clones gradually regain consciousness and achieve a normal state of mind, the commander returns while leading Crosshair on a mission to planet Desix. During this return, the Empire’s perfect soldier works with Cody, who is carrying the guilt of his past actions, which he believes led to Obi-Wan’s death.

The duo enters a mindful discussion upon leading a fatal mission where they take out reprogrammed droids and ultimately kill Governor Tawni Ames. Commander Cody no longer feels adequate to lead the Empire’s missions, no longer able to fit their desired mindless clones’ idealization. He is now questioning the veracity of the orders he had been closely following, and showing regret for his past.

After the long conversation about the rightfulness behind their actions, Cody disappears. The moment is disclosed when Crosshair wakes up the next day, learning from Vice Admiral Rampart that Commander Cody is nowhere in sight. His disappearance is labeled as a possible death, but that appears to be very unlikely.

Where did Commander Cody Go?

Finally rationalizing his actions, taking note of the Empire’s ongoing atrocities, Commander Cody decides to flee. Regardless of Rampart’s alluding insinuation that clones tend to disappear after meeting with Crosshair, the likelihood that he harmed Cody is practically nonexistent. This is an indirect poke at Crosshair, referring to when Rampart discovered that Clone Force 99 was alive and in hiding after their attack.

Conclusively, Commander Cody is most likely alive, but simply leaving the Empire upon making the decision to finally escape the autocracy. The episode ends with a looming glint of hope for the Commander, who had previously suffered at the hands of the Empire’s violence and cruelty, alongside Crosshair as they consider their stance in the situation, and roles as the antagonist faction’s perfect soldiers.

Star Wars: The Bad Batch is available to stream on Disney Plus.