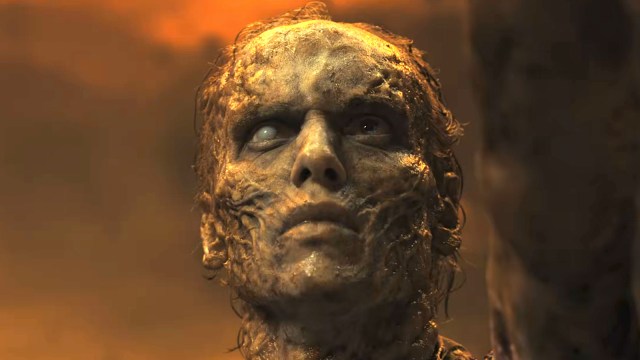 Stranger Things held no punches in Vol. 2 of season four. The highly-anticipated feature-film length episodes delivered some of the finest content the Netflix show has ever seen, including gut wrenching scenes that had the water-works flowing on full blast.

The penultimate season also delivered an impressive array of sub-twists branching off the season’s biggest twist of all: that Vecna is Henry Creel/One (Jamie Campbell Bower). The former Rainbow Room child relentlessly plowed through victims all season long in an effort to bring the Upside Down to the real world and enact global nomination.

In the finale, the groups’ plan to kill Vecna goes south and Max (Sadie Sink) suddenly finds herself psychically stranded in her mind without Lucas (Caleb McLaughlin) there to play Kate Bush’ “Running Up That Hill” because he’s busy fighting off his crazed basketball captain Jason Carver (Mason Dye.)

Eleven (Millie Bobby Brown) psychically appears by Max’s side to protect her, but Vecna overpowers them both. They struggle to fight back, and Vecna takes this opportune moment to gloat in Elevens face.

He tells her that it wasn’t Dr. Brenner (Matthew Modine) who made him into what he is, but that she did. By banishing him to the Upside Down she gave him the opportunity to “transcend my human form” and “become the predator I was always born to be.”

Did Vecna create the Mind Flayer?

This whole time it was him steering the ship: the Demogorgons, the Mind Flayer possessions, the loss of Eleven’s power. It was all him.

Now that we know how he became Vecna, it’s time to figure out what on Earth (or not) the Upside Down is. In speaking with Collider, Ross Duffer said season five will heavily explore that storyline, delving deep into the origin of the alternate dimension. “What we haven’t really discussed is exactly what the Upside Down is. The big reveals that are coming in season five are really about the Upside Down itself, which we only start to hint at.”

We may soon figure out why the Upside Down is frozen in time, why it looks like Hawkins in the first place when it once looked like a barren wasteland, and what, if anything, that has to do with Eleven.