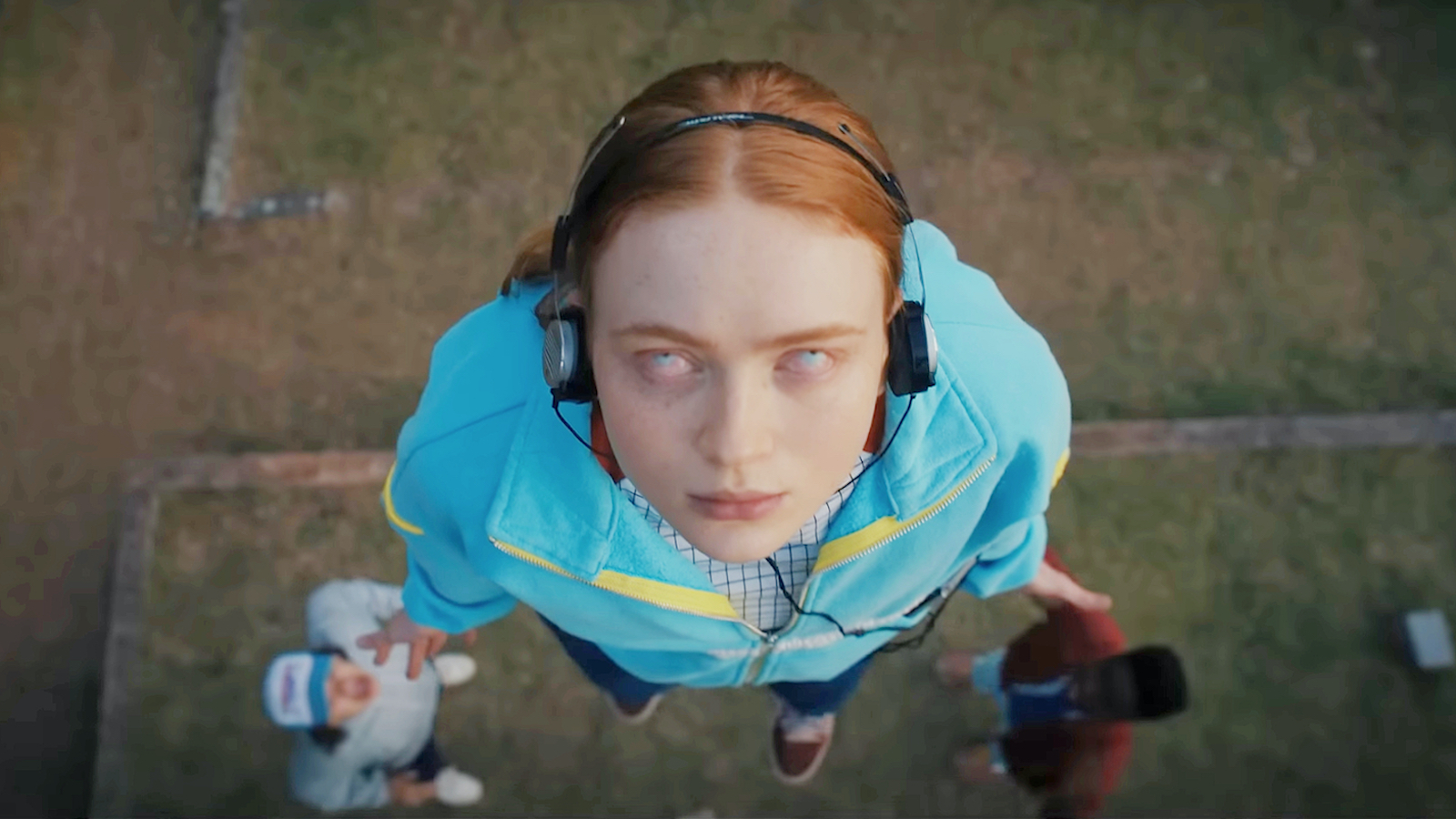 After a little over a month, we finally have the last two episodes of the fourth season of Stranger Things as Netflix dropped Volume 2 on July 1. The two movie-length episodes promised a satisfying conclusion, and some character deaths to chew on until the release of season five.

If you need a reminder as to what happened in the first volume of season four you can take a look here, as we explain Vecna’s curse, the new characters that were introduced, and exactly what happened in the previous seven episodes. But now that we’ve seen Volume 2 of Stranger Things, let’s break down everything that happened in the four hours of juicy Upside Down goodness, including the ending and who couldn’t make it out alive.

When we left Eleven (Millie Bobby Brown) she had discovered the memories she had blocked out regarding Vecna’s true origins. The Nina Project helped Eleven remember, which powered her up again. Before anyone had time to process what just happened to her, or think about what would happen next, Eleven spied on the group in Hawkins and discovered that they needed her help. Unfortunately for her, Papa, aka Dr. Brenner (Matthew Modine), had other plans. Not wanting to see either of his experiments destroyed, Brenner wanted to stop Eleven from going up against Henry Creel aka One aka Vecna (Jamie Campbell Bower), so he drugged her.

Meanwhile, Dr. Owens (Paul Reiser) was busy getting interrogated by the Army who were after Eleven. Wanting to escape the Army and protect Eleven, Papa took Eleven outside the facility where he was promptly gunned down by a soldier with terrible aim in a helicopter. Angry that her captor was killed and that she was next, Eleven took out the helicopter in a scene reminiscent of a Michael Bay movie. Just as she did, the crew in the pizza van, Mike (Finn Wolfhard), Will (Noah Schnapp), Jonathan (Charlie Heaton), and Argyle (Eduardo Franco) drove up to take her away and go back to Hawkins.

In Russia, with love

Joyce (Winona Ryder) and Hopper (David Harbour) had finally been reunited, and what a reunion it was, together with Murray (Brett Gelman), Enzo (Tom Wlaschiha), and Yuri (Nikola Đuričko ) they managed to break out of the Russian prison. Before they leave they discover that the Russians had been experimenting on monsters from the Upside Down, including Demogorgans, Demodogs, and some evil-looking particles.

After finally acknowledging their relationship and sharing a brief kiss in Yuri’s hideout, Joyce and Hopper get word that Eleven and company were on their way to Hawkins to defeat a monster. Realizing that defeating the monsters might help Eleven defeat Vecna, the team in Russia decides to break back into the Russian prison. Armed with a flamethrower and later, a dope-looking sword, Hopper, Joyce, and Murray lure the monsters into the ring for a firefight.

While all this is going on, the group in Hawkins — Nancy (Natalia Dyer), Robin (Maya Hawke), Steve Harrington (Joe Deery), Dustin (Gaten Matarazzo), Lucas (Caleb McLaughlin), Erica (Priah Ferguson), Max (Sadie Sink), and Eddie (Joseph Quinn) — decide to hatch a plan to kill Vecna, after Vecna tells Nancy his plan to merge Hawkins with the Upside Down. First, they steal an RV to make getting around Hawkins quicker — because four hours of more bikes would have been too much to handle — then they venture to the local weapons store to stock up on supplies.

While purchasing a shotgun, and everything one would need to make an exquisite Molotov cocktail, Nancy runs into the psychopathic head jock, Jason Carver (Mason Dye). Robin also ran into her crush who was with another guy, and our collective hearts broke for her. Purchasing their weapons and flooring the RV, the Hawkins team managed to avoid a grisly fight with the jocks, for now.

Trouble in the Upside Down feat. Eddie Munson

As a distraction, Eddie and Dustin set up a makeshift stage on Eddie’s caravan in the Upside Down, so he could shred his epic guitar and draw the Demobats away from the house. Their plan worked at first, with Eddie giving an awesome performance of Metallica’s Master of Puppets. The pair locked themselves in the trailer when the Demobats swarmed them, but because of two vents, the Demobats made their way inside.

The plan has gone awry, but we have pizza

Max’s plan to sacrifice herself to Vecna was working too well when jock boy Jason puts a gun to Lucas’ head. Not comprehending what is obviously going on around him and convinced Lucas is a part of some evil cult, the pair fight while Max fights for her life against Vecna. Luckily for her at that moment, Eleven and the pizza boys — band name in the making — were housed up in a pizza place making Eleven a deprivation chamber in a kitchen.

You could also point out that Volume 2 was Will’s moment to shine, where he did everything but say he was gay, the poor guy. On their way to rescue Eleven, Will cried, showed Mike his painting, and told him that he had the heart of the group, while also putting him and Eleven in the same boat because he was “different” as well. Then while preparing the deprivation tank Will and Jonathon mended fences, after Jonathon spent a year ignoring him and smoking up a storm.

Once the chamber worked, Eleven found Max, and by piggybacking off of her memories, she managed to appear with Max and kick Vecna’s butt. This is how it should have gone; instead, Vecna had the upper hand and captured both Max and Eleven, forcing Eleven to watch as he killed her friend. Back with the Demobats, Eddie decided to sever the connection to the Upside Down, leaving Dustin temporarily trapped in Hawkins so he could deal with the Demobats himself.

Epic Eddie hopped on a bike and lured the Demobats away from the trailer. He succeeded initially but after trying to go it alone with his spear and shield, Eddie ended up quite dead-y. Not before Dustin eventually caught up to him and say his goodbye though. You’d have to be a Demogorgon not to tear up at that one.

Vecna wouldn’t be a villain without some great monologuing. Eleven was tied up while Max was being killed by Vecna, and Robin, Nancy, and Steve were trapped in the Upside Down in Creel’s house. So Vecna took this opportunity to inform Eleven that he had been behind every monster since season one of Stranger Things — the Demogorgon, the Mind Flayer, all of it. And why? To take Eleven’s power for himself. Somehow when Eleven had sent him into the Upside Down, he came across the monsters and the mind-flayer, though he had been drawing them while he was a boy, much like Will was doing back in the second season.

There’s one thing Vecna didn’t count on — the power of love. Mike kept encouraging Eleven through the deprivation chamber, giving Eleven the power she needed to break free and send Vecna flying, interrupting his curse temporarily. The team in Russia subsequently managed to wipe out any trace of the monsters, injuring Vecna’s hive mind further. And finally, Steve, Nancy, and Robin confronted Vecna in the Upside Down, lighting him on fire and sending him out of the second-story window.

Unfortunately for Hawkins and Max, Vecna managed to complete the curse on Max, which was the fourth curse needed to merge Hawkins and the Upside Down. Sure enough, gigantic cracks formed from the doors to the Upside Down, opening up the realm to the real world. The process destroyed everything in its path, including Jason Carver, whom nobody will miss. Max, on the other hand, wasn’t dead and was seemingly saved by Eleven. However, she was in pain from all of her snapped limbs as well as blind. Vecna was also nowhere to be found and no corpse means that he is not dead.

Two days after the incident, the Russian team found their way back to Hawkins as did Eleven and the pizza boys, all reuniting after a weird season apart. Everything was briefly right with their little world — Eleven had Hopper, Jonathan and Nancy reunited, Dustin gave Eddie’s uncle some closure, Lucas wouldn’t leave Max’s side in the hospital as she was in a coma, and surprisingly, Robin found out that her crush might like girls after all. What a happy ending.

Do you feel that too?

The season ended with at least three characters dead, devastation hitting Hawkins — it was covered up as an earthquake — and Max in a coma. But that wasn’t all — Hawkins has merged with the Upside Down and Vecna was very much alive, if Will’s goosebumps on the back of his neck are any sign, which they are. Hawkins was also seen to have the same white floating particles the Upside Down has, and the entire group saw not only a poisoned field of flowers but red thunder through smoke, setting up a very interesting fifth season.

The last two episodes covered a lot of ground, as you can see. We will mourn Eddie’s death, and we will wish for Vecna’s in the next season. Hopefully, the foreshadowing that Will might be more involved with the Upside Down isn’t true, as it would be a shame if we had another season where Will was put through more grief. But one thing is for sure, no matter when we get the fifth season of Stranger Things, it is going to be the most epic season yet.