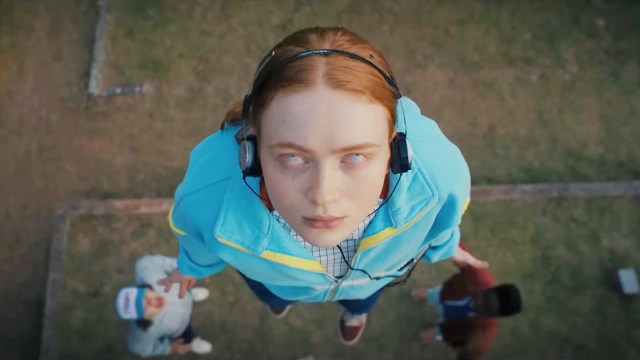 Spoilers for Volume One of Stranger Things 4.

It has been just over a month since we were all blown away by the first seven episodes of the latest season of Stranger Things. This fourth season of the Netflix Original series saw the teens of Hawkins go up against the dreaded Vecna, their most powerful foe yet.

Every season of Stranger Things so far has naturally divided the characters into separate groups, and the fourth season has been no different, giving every group a different objective and making them the most geographically distant they have ever been. With the last two episodes of the fourth season set to drop soon, let’s go through everything you should probably remember about Volume One, before watching Volume Two.

Something strange is happening in Hawkins… again.

Stranger Things 4 started off with a grizzly murder as the head cheerleader at Hawkins High, Chrissy Cunningham — played by Grace Van Dien —was subjected to traumatic hallucinations before the series villain Vecna used his powers to levitate her, break her bones and gauge out her eyes. The murder was pinned on Eddie Munson, played by Joseph Quinn, as Chrissy was in his trailer at the time of death.

Lucas (Caleb McLaughlin) was forced to go along with the jocks to protect his social image, but the jocks believed that Eddie killed Chrissy, including her psychotic boyfriend Jason Carver (Mason Dye), who wanted Eddie dead. Max (Sadie Sink), who hasn’t been herself since her stepbrother Billy’s death at the end of the previous season, believes that Eddie was the culprit, considering how she lives next door to him. Subsequently, she convinces Dustin (Gaten Matarazzo), Steve Harrington (Joe Deery), and Robin (Maya Hawke) to investigate.

Luckily for Eddie, the leader of the Hellfire Club (Hawkins High’s D&D club), he has back-up. Dustin refuses to believe that he had anything to do with Chrissy’s death and sets out, with the others, to find him and prove his innocence. However, they aren’t the only ones on the case; star reporter Nancy Wheeler, played by Natalia Dyer, sets out to uncover what happened to Chrissy as well. Unfortunately for her fellow reporter Fred (Logan Riley Bruner), he would be Vecna’s next victim.

A shootout in the suburbs

While the others are back in Hawkins, The Byers clan, and their new member, Eleven — played by Millie Bobby Brown — have been whisked away to a different town, where hopefully nothing extraordinary would ever happen to them again. What they didn’t count on was Eleven getting bullied by some local teens.

Mike, played by Finn Wolfhard, visits the Byers family and his girlfriend at the start of the season. However, his romantic vacation was cut short when Eleven took out her anger and grief from supposedly losing her surrogate father Jim Hopper (David Harbour) on one of her bullies, Angela, by breaking her nose with a roller skate. Eleven was arrested for her short burst of violence. With Joyce (Winona Ryder) and Murray (Brett Gelman) in Alaska, Eleven was stuck in jail, leaving Mike, Will (Noah Schnapp), and Jonathan (Charlie Heaton) helpless.

Eleven did not make it to her destination, as the folks from Hawkins Laboratory stopped her convoy, and Dr. Owens, played by Paul Reiser, convinces her to come to another lab so she can try and regain her powers and save Hawkins once again. Mike, Will, and Jonathan were kept under surveillance at the Byers house by Agents Harmon and Wallace and were almost killed when a government kill squad invaded the home. Agent Harmon was shot and wounded but the trio and Jonathan’s friend Argyle (Eduardo Franco) were able to escape with Agent Harmon in tow in Argyle’s pizza delivery van.

While on the run from the government, the group’s only option was to find Eleven. Luckily, Agent Harmon was able to give them a clue right before he died but to figure out the significance of the keycode they were given, the group went to Salt Lake City, Utah, to visit Dustin’s long-distance girlfriend Suzie, played by Gabriella Pizzolo. In the end, their plan was successful and we can assume that Eleven and the group will be reunited in Volume Two.

Eleven goes back in time

Meanwhile, Eleven was going through struggles of her own. After going with Dr. Owens to the hidden lab, Dr. Brenner is revealed to be alive and well, much to her dismay. Papa, as he is known, tells Eleven that he has a plan to jumpstart her powers using a piece of technology called The Nina Project. Papa elaborates that The Nina Project contains a large sensory deprivation chamber and forces Eleven to relive her repressed memories while she was trapped in Hawkins Laboratory. In flashbacks, Eleven is young and cannot contain nor use her powers effectively.

Eleven is bullied in Hawkins Laboratory and a member of staff takes interest in her and tries to encourage her development. He is played by Jamie Campbell Bower — who also stars as Vecna — and is revealed to be the first child experiment of Hawkins Laboratory, known as One. Pleading for Eleven’s help, One gets Eleven to take out an inhibitor chip implanted in his neck, thus unlocking his powers.

Max was ‘Running Up That Hill’

Back in Hawkins, the group realized that there are stages to Vecna’s curse. Hallucinations and grandfather clocks are signs that you are about to be Vecna’s next victim and sure enough, Max has started hallucinating. They also realize that at one point, all the victims had visited the school counselor, meaning that Vecna preyed on people with mental health issues and trauma, usually known as survivor’s guilt. The group had split up at this point with Nancy and Robin traveling to an asylum to find Victor Creel (Robert Englund), a man who supposedly killed his family years earlier. It turns out their suspicions were correct and he did not kill his family, but rather the Creel family were Vecna’s first batch of victims.

Nancy and Robin found out that the reason Victor was not killed by Vecna was that he was listening to his favorite song, which pulled him out of his hallucination. While Max was preparing for her death, she visited Billy’s grave, which is the precise location where Vecna attacks her. After Nancy and Robin informed Steve, Lucas, and Dustin that a victim’s favorite song was the key to their survival, they pumped Kate Bush’s ‘Running Up That Hill’ through her headphones, and Max was able to evade Vecna in the Upside Down and come back to Hawkins.

In the midst of the chaos, Joyce and Murray ventured to Russia after Hopper was revealed to be incarcerated at a Russian prison camp, where a guard named Dmitri ‘Enzo’ Antonov (Tom Wlaschiha) was helping him escape by sending messages to Joyce. Joyce and Murray arrive in Alaska to give money to a man named Yuri (Nikola Đuričko), who had promised to rescue Hopper from Russia. However, Yuri betrayed them all and drugged Joyce and Murray to take them to the KGB.

Even though Joyce and Murray managed to overpower Yuri and Murray successfully impersonated Yuri long enough to infiltrate the prison, Hopper and Enzo had another problem. Russia had captured a Demogorgon — and that Demogorgon was hungry. Hopper and Enzo, along with the other inmates, were set to be fattened up with a hearty feast and then fed to the Demogorgon. Using their quick thinking, Hopper and Enzo used a makeshift torch to parry the Demogorgon, though it didn’t stop it from eating most of the other prisoners. Their saga ended with them in the clear and Joyce and Hopper were successfully reunited.

It’s the final showdown and everything’s coming together

After Vecna claimed more victims, the group in Hawkins inched closer and closer, finding more clues in their fight against Vecna. In addition, the Hawkins gang discovered that multiple doors to the Upside Down were opening up all around Hawkins at the sites of Vecna’s kills. Meanwhile, Steve, Nancy, Eddie, and Robin get stuck in the Upside Down and are forced to fight off a new type of enemy called Demobats. There, they find yet another clue in the Upside-Down interpretation of Nancy’s house.

Eventually, the group managed to send a signal to Hawkins, alerting Dustin, Lucas, Max, and Lucas’s sister Erica (Priah Ferguson) that they were stuck in the Upside Down. After escaping the clutches of the police, which were set upon them by the jocks after a town meeting, they journeyed to Eddie’s house to open a door to the Upside Down and rescue their friends.

The last episode ended on a cliffhanger as Nancy was stuck in the Upside Down and in Vecna’s grasp. She had deduced that Vecna was really Henry Creel, the surviving son of Victor Creel. At the same time, Eleven’s memories were unlocked as we find out that Henry was the orderly she had befriended in Hawkins Laboratory. After unlocking his powers, Henry went on a murderous rampage, massacring children, guards, and fellow orderlies in Hawkins Laboratory. Tapping into her grief and rage from Henry murdering the other children, Eleven lashes out at Henry, opening the Upside Down for the first time and throwing him in there.

Henry Creel endured a physical metamorphosis in the Upside Down and it was there that he became Vecna. This revelation seemed to power Eleven up enough to regain some of her powers, so she might be able to defeat Vecna. And with that, every character in the series seemed to be pointed at Hawkins. There is no doubt that all the characters will not only return in Volume Two but for some of them, reunite for the first time in the season. The Hopper and Eleven reunion will be heartwarming, to say the least.

Volume Two of Stranger Things 4 will be available to stream on Netflix come July 1, 2022.