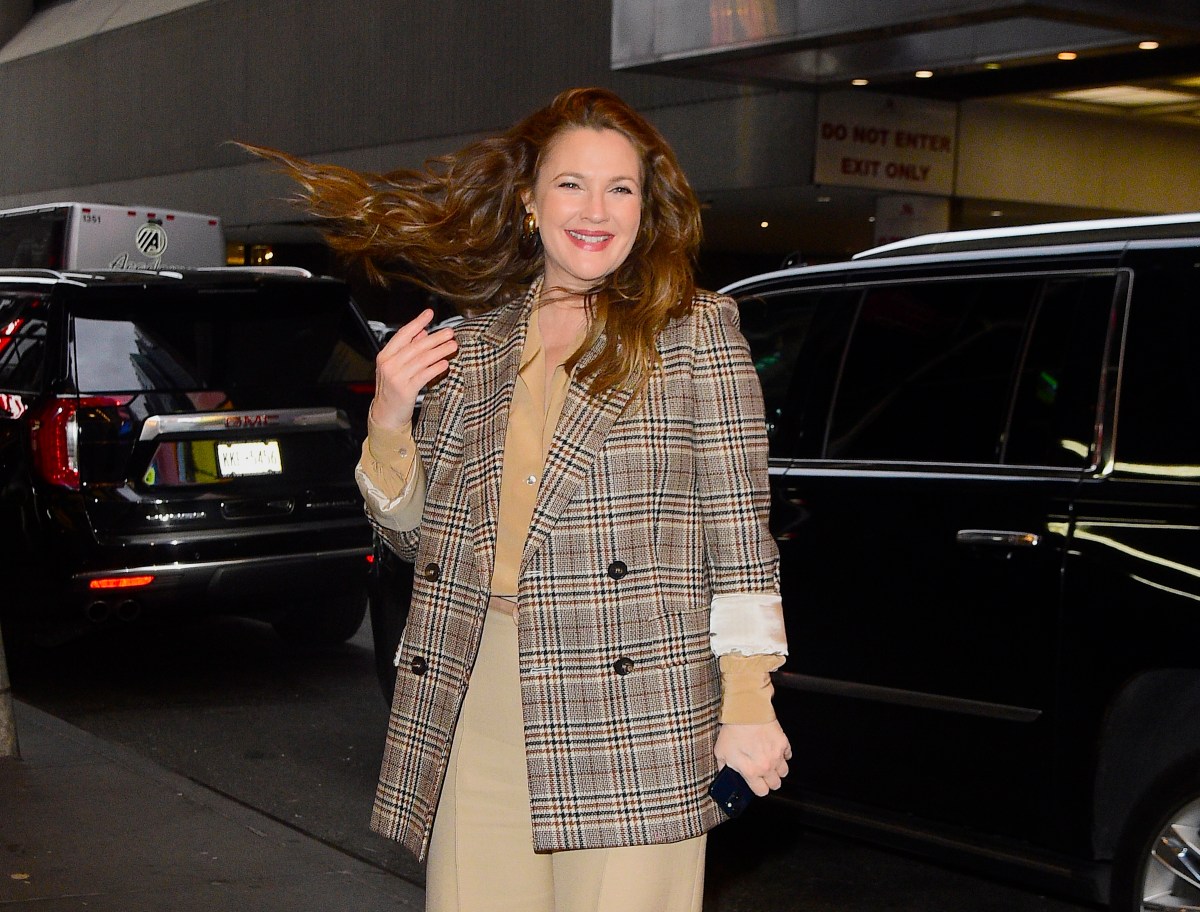 Drew Barrymore has shut down claims that she was ‘appropriating’ average person culture after receiving massive backlash for sharing the activities she participated in, like dancing in the rain. Just another day in celebrity life!

Many have felt Barrymore wasn’t being genuine. In a recent interview on late-night show Ziwe, Barrymore addressed those accusations by revealing that although she’s well “aware” of the many privileges she has been given because of her family history and talents, she would consider herself normal.

While comparing herself to her Never Been Kissed character Josie Gellar, a nerd that was teased by her high school peers and given the nickname Josie Grossie, the 47-year-old said, opened up saying “I am so f–king normal.”

“I would like to say that I am so f–king normal and yet I’m so embarrassed and aware of how privileged I am. I feel like Joise Grossie but am appropriating normal people I don’t know. My fabulous Hollywood family was dead and gone and had sold everything off. I don’t have a family heirloom. I don’t have anything.”

Barrymore also spoke about why she acts the way she does. The Charlies Angel star disclosed it was because she made it a priority not to allow her fame or Hollywood to change who she is as a person. Barrymore says she stops herself from being a “bougie and insular person” by traveling worldwide and fully embracing other people’s lives and cultures.

“But it’s weird because I lived a privileged and blessed life. I also f–ked up a lot and I’ve seen a lot of s–t. I’ve spent a lot of time traveling throughout the world and looking around and trying not to be some bougie and insular person. I just wish that we could take care of each other in the best way possible. I’m convinced that’s what we’re here to do.”

Barrymore’s career began in the 1980s after making numerous appearances in movies and television shows. The star got her breakout role at seven when she starred as Gertie in the forever classic E.T.: The Extra-Terrestrial.

In 1987, Barrymore’s personal life would drastically turn. At 14, Barrymore lived rehabilitation facility after years of suffering from drug and alcohol addiction. That same year, Barrymore would go to court to get emancipated following an estranged relationship with her mother. Although it wasn’t easy at first, Barrymore rose above the challenges and thrived in all aspects of her life and career. Barrymore is now a mother of two children, appears to have beaten her past addictions and is a daytime television host.

Barrymore’s full interview on Ziwe is now streaming on the Showtime app.