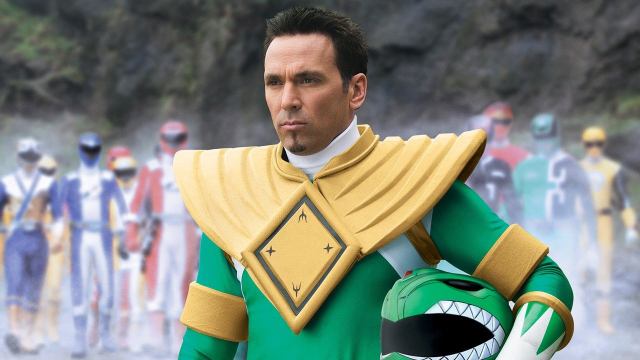 Image via Saban
Review of:

The Power Rangers fandom is in mourning over the shocking death of Jason David Frank. While there have been countless Rangers over the past three decades of the tokusatsu franchise — which celebrates its 30th anniversary in 2023 — it’s hard to disagree that Frank was the most iconic Power Ranger of them all. In the role of Tommy Oliver, he was a hero to an entire generations of ’90s kids thanks to his long-running stint that saw him appear in more Power Rangers projects than anyone.

In honor of the late actor, who passed away at the age of 49 on Nov. 20, it’s time to remember every single TV series, movie, and other additional productions set in the PR universe that Frank featured in across the years, with each new appearance cementing his status as the most beloved Ranger of them all. Without its original Green/White Ranger, the Power Rangers franchise is sure to be a much less colorful place.

Frank first appeared in Mighty Morphin season one’s “Green With Evil” arc, which introduced Tommy Oliver as a villainous Ranger controlled by Rita Repulsa, before he was redeemed and joined the good guys. Following the destruction of the Green Ranger powers, Tommy was reborn as the White Ranger in season two and proceeded to lead the team through its third season.

Once the Mighty Morphin Rangers transitioned into the Zeo Rangers, Tommy stuck around as team leader, this time becoming the Red Zeo Ranger. By this point, Tommy was the only character from MMPR season one still serving as a Ranger, although original Red Ranger Jason (Austin St. John) did take over as the Gold Zeo Ranger for a time.

Tommy continued on as the Red Turbo Ranger once the Rangers yet again switched powers. Turbo is the season that ended the tradition of one series’ cast being carried over into the next as halfway through its run, Frank and the rest of the ensemble left to be replaced by a whole new crew, with Tommy’s status as Red Ranger assumed by T.J. (Selwyn Ward).

Five years after his Turbo exit, Frank returned for what is still widely regarded as Power Rangers‘ finest crossover episode. In Wild Force “Forever Red” every Red Ranger teams up to stop the last remnants of the Machine Empire (the big bads of Zeo) from conquering the galaxy with Lord Zedd’s Zord Serpentera. Tommy re-utilized his Zeo powers for this appearance.

2004’s Dino Thunder was the last time Frank appeared in a regular role in a PR series. The series took the franchise back to basics, following a teenage team of Rangers, with the now Dr. Tommy Oliver, a paleontology expert, serving as the kids’ mentor. Later on in the series, Tommy got to add a whole new color to his set by becoming the Black Dino Thunder Ranger.

A decade later, Frank naturally took part in the grand finale of Super Mega Force, the celebratory 20th anniversary season of the Power Ranger franchise. In “Legendary Battle,” every Ranger ever came together to save the day. While the majority were played by stunt performers in suits, however, Tommy was among the few familiar faces who returned without their masks on.

Frank returned for what was to be his final TV appearance in the PR universe for the 25th anniversary crossover episode, Super Ninja Steel‘s “Dimensions in Danger.” This one introduced a fascinating new element to Tommy’s character, depicting him wielding the Master Morpher, a unique Power Morpher that allows him to switch between the various Ranger powers he has sported over the years.

At the height of Power Ranger mania, Mighty Morphin Power Rangers: The Movie was released. Produced during MMPR‘s second season, Frank served as the lead with Tommy in his White Ranger form in the film. The storyline saw the Rangers lose their regular powers and instead gain Ninja Powers, an arc that was later adapted for season three, which thereby rendered the movie non-canon.

Conversely, Turbo: A Power Rangers Movie is in canon with the TV series as it serves as the pilot of the Turbo show, establishing the Turbo powers, introducing new Blue Ranger Justin, and latest arch-villain Divatox. As such, Frank once again returned as Tommy, this time as the Red Turbo Ranger. MMPR co-stars Austin St. John and Amy Jo Johnson also featured in fan-pleasing cameos.

Although 2017’s Power Rangers was a complete reboot of the franchise, Jason David Frank and Amy Jo Johnson have brief cameos as onlookers during the film’s climax. This makes them the only two PR actors to appear in all three movies released to date. Frank shared the full story of his cameo on this production as part of his long-running My Morphin Life vlog series (see above).

Frank also made a couple of other official appearances as Tommy outside of the films and TV shows. Like Power Rangers Hyperforce, for instance, the RPG web-series. Frank returned as the older Dr. Tommy Oliver for a couple of episodes, thereby reuniting him with MMPR co-star Paul Schrier, as the Bulk actor portrayed the Yellow Hyperforce Ranger.

If you’re a Power Rangers fan and you’ve not read the terrific BOOM Studios’ comic books, you need to fix that right now. To promote the Shattered Grid event, in which the Rangers come up against Lord Drakkon, an evil Tommy from another universe, Frank featured in this epic trailer that saw him get to bring Drakkon to life — once more adding another Ranger form to his toolbox in the process.

R.I.P. Jason David Frank. May the power protect you.