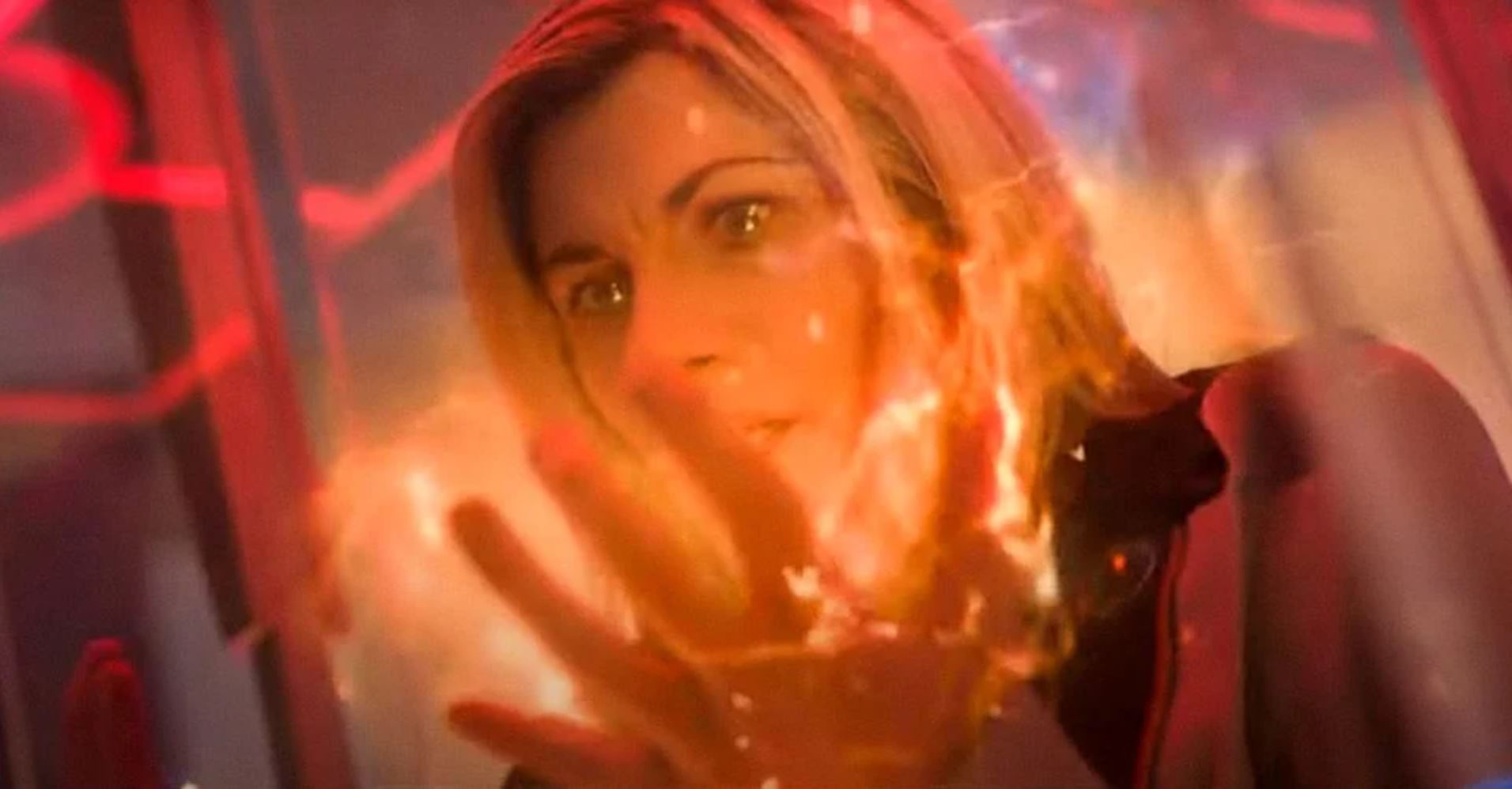 Easter brought us a brand new Doctor’s Who special and the first glimpse of the show’s next story. No offense to the Sea Devils, who brought flying pirate ships and swashbuckling sword fights to the South China Sea on Easter Sunday, but all fans want to talk about is the next special. It is currently called the Centenary Special as its official title hasn’t been announced, but it’s set to be the Doctor Who highlight of the year.

As revealed in the trailer that premiered at the end of “Legend of the Sea Devils,” the Centenary Special will bring action, drama, surprise, and see the return of friends and enemies we thought we’d never see again. It’s some party, but in true Doctor Who-style, it will be a eulogy as much as a celebration. We know we’ll be saying goodbye to the Thirteenth Doctor later this year, but what else do we know about the upcoming special?

What is the Centenary Special?

No, Doctor Who isn’t a hundred years old. It may be the longest-running science-fiction show in the world, but the show’s next milestone is its 60th birthday in November 2023.

The Centenary that gives the special its (current) name isn’t the Doctor’s 100th anniversary, but that of the BBC — British Broadcasting Corporation, which will soon be completing a century since it came into existence. We have the broadcaster to thank for Doctor Who’s existence as it brought the show to our screens on November 23, 1963, when it had been in the industry for 41 years old.

Later this year, the Corporation celebrates 100 years of broadcasting with many special events and programs across TV and radio. Naturally, one of the Corporations’ biggest successes i.e., Doctor Who will be there for the party, and as far as tradition goes, it is safe to expect an explosive entrance.

Doctor Who’s next appearance won’t just honor the Beeb’s birthday. It will also mark the end of Jodie Whittaker’s tenure as the Thirteenth Doctor as well as Chris Chibnall as the show’s executive producer and lead writer. The pair are bowing out after three seasons and a year of specials, marking the end of an era that has brought several firsts to the long-running show. Whittaker was the first female Doctor in the show’s history, and her final full series comprised the modern era’s first season-long arc. A few more firsts have been lined up for the Thirteenth Doctor’s finale.

Trailer breakdown — what can we expect?

The Centenary Special trailer had Doctor Who fans across the globe gasping at the close of “Legends of the Sea Devils.” Although the show is better known for sending people cowering behind the sofa, this was more likely to make people leap to their feet. The 45-second trailer packed a lot in, so let’s see what was there.

“Nothing is Forever, ” the Doctor states in a subdued voice-over — if it’s her, who is the “you”? Is she reading a warning? We see her looking melancholy, framed against a beautifully lit shot of her TARDIS. The current incarnation of the Doctor’s time craft hasn’t won over many fans though it will certainly get a chance to change these reviews as there’s a suggestion the ship will play a more significant role in this special.

The trailer runs straight into the big hitters. First, the Daleks are back. They look like they’ll be taking a more traditional approach, too – this is the first time they’ve appeared with their iconic sink plungers during the Thirteenth Doctor’s run.

Taking second billing are the Cybermen. The big surprise here is that they look the same as in the Season 12 finale, “The Timeless Children,” with fetching metal sideburns, standing behind Lone Cyberman Ashad. We last saw the grotesque fanatic at the wrong end of the Master’s Tissue Compression Eliminator. Could they be on Gallifrey? And if these Cybermen are back, could the Time Lords be returning too?

The Doctor’s warning continues, emphasizing the “Master” of the massing forces. Cue the Doctor’s arch-enemy in his most recent incarnation, but refreshingly clean-shaven. It looks like he, the Doctor, and Yaz are standing in a church or temple, which can’t help but make us think of Fugitive of the Judoon. More on that later.

The shocks keep coming with the reveal of Tegan Jovanka, one of the Doctor’s longest-serving companions during their fourth and fifth incarnations. As she says into a phone, it’s been four decades since she last saw the Doctor — unsurprising after the number of times he tried and failed to drop her off at an airport. Tegan is talking to another fan-favorite companion, Ace. Traveling with the Seventh Doctor, she paved the way for many of the companions who have enjoyed a more significant role in the show’s modern era, including Rose Tyler.

A quick succession of scenes show Tegan and Ace battling something and Yaz confidently holding a gun — the companions are getting dangerous. Yaz could be standing in the TARDIS, and it looks like the Doctor’s behind her. The TARDIS console room has an inconsistent history of blocking weapons, so we’ll have to see what mode the time ship’s in this time.

We also see that two allies of the Doctor, Vinder and Kate Stewart, are returning, the latter captured by the Cybermen. Companion Dan looks to be in trouble, struggling not to be sucked into the void in one of the show’s famous orange spacesuits. We’re not sure things will end well for the Doctor’s current companions.

Perhaps the most fan-pleasing moment is what looks like Ace taking a baseball bat to a Dalek. It’s a quick throwback to a classic scene in 1988’s Remembrance of the Daleks when she famously took on one of the despotic pepperpots with a bat. The trailer closes on a more ominous note. The Master, this time long-haired and bearded, is surely threatening the Doctor.

His appearance has drawn comparisons with a famous parody sketch The Curse of Fatal Death, penned by Steven Moffat, which saw the Master age centuries trying to kill the Doctor. But his appearance here must be connected to his unlikely survival following “The Timeless Children” or the decades he was trapped on Earth during Season 12’s “Spyfall.” He’s clearly been busy.

As the closing sting starts, we see a desperate Doctor crying for Yaz as she starts to regenerate. Although this could be a misdirection. The effects look more like the release of Chameleon Arch, last seen when the Doctor decided against recovering memories of her many previous lives at the end of Flux. Those lives are hidden at the heart of the TARDIS.

The last time we saw the light show of that incredible Gallifreyan tech work its magic was when the Fugitive Doctor introduced herself. While that charismatic incarnation doesn’t appear in the trailer, it will be a surprise if she’s not in the mix.

When will the Centenary Special be broadcast?

We don’t have an exact broadcast date, but we know it will be in the autumn. While some rumors have suggested it will debut in the Doctor’s anniversary month of November, it’s most likely to air closer to the BBC’s birthday, which is October 18, 2022, which means we have six months to go.

Who is in the Centenary Special?

The trailer doesn’t give much away about the plot, but it gives us a lot of info about the cast. Of course, the intrepid TARDIS crew will be there. With traumatic times ahead, here’s hoping Yaz doesn’t dress Dan this time around.

The Doctor’s big enemies are turning up to see her off, and they’re unlikely to see eye-to-eye. Various combinations of adversaries have appeared on screen before, but this will be the first time the Master, Daleks, and Cybermen have all appeared in one story.

The good news is that the Doctor and companions won’t be alone. The trailer confirmed the return of allies last seen in Flux in 2021.

The most thrilling surprise of all was the confirmation that two well-loved classic era companions are set to encounter the Doctor for the first time in decades.

And then there’s likely to be one other cast member stealing all the spotlight: the Fourteenth Doctor.

Who’s playing the next Doctor?

It’s no secret that Jodie Whittaker will be leaving the iconic role in the special, having confirmed she filmed her final scenes back in October 2021.

At the moment, we don’t know who’ll be playing the Fourteenth Doctor, but we won’t have to wait long. Post the trailer’s release on Sunday, the BBC has suggested the casting will be announced in the coming weeks. That makes a great deal of sense with filming set to begin on the next chapters of Doctor Who at the beginning of May — including series 14 and the show’s 60th-anniversary celebrations.

There are many details about the Centenary Special that are still under tight wraps. We will update this article as more information about it becomes available.