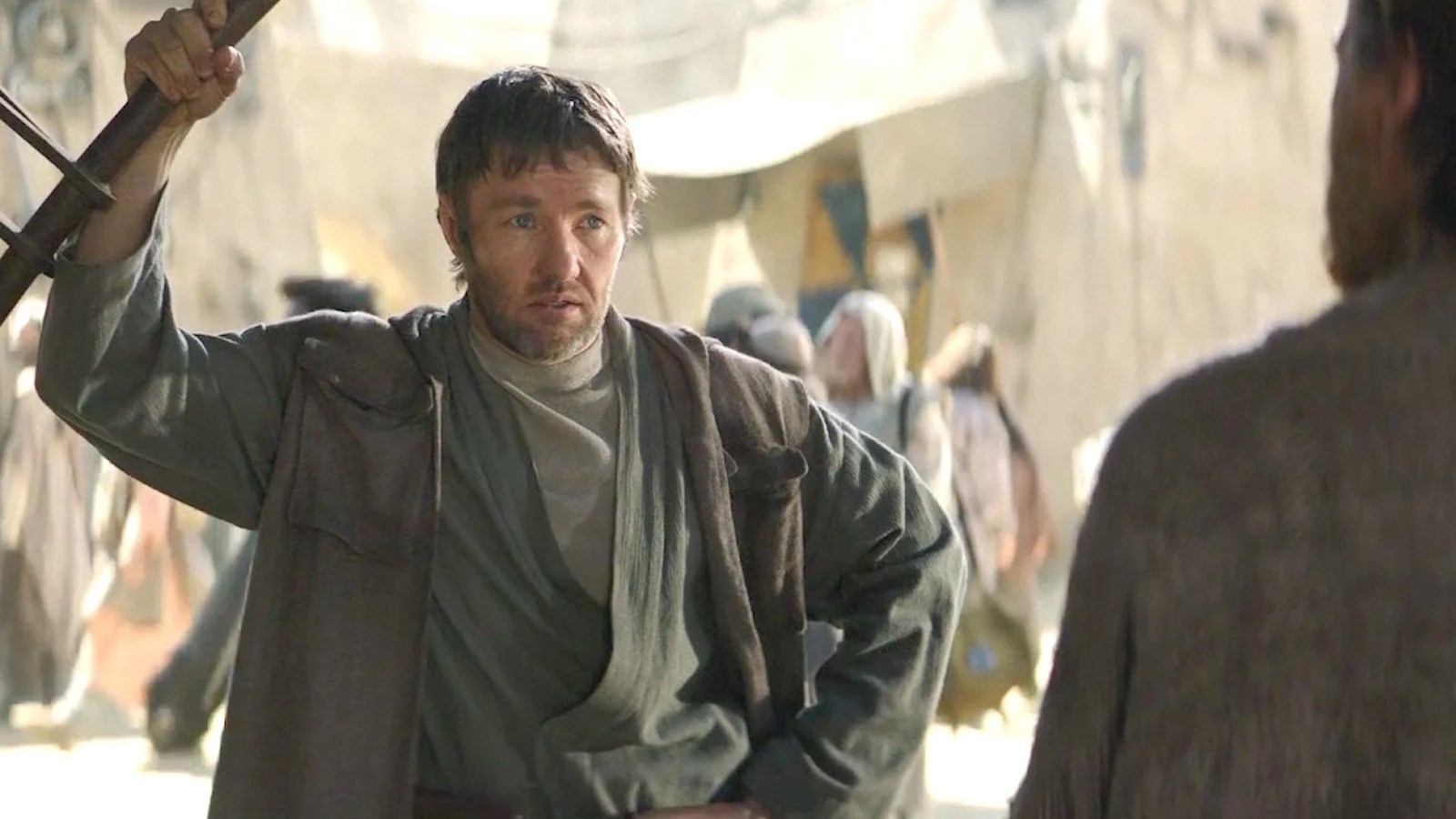 Ewan McGregor reveals the tension between the fallen Jedi and Uncle Owen (Joel Edgerton) over Luke Skywalker in Obi-Wan Kenobi.

In an interview with Entertainment Weekly, McGregor revealed why it is these two characters don’t see eye to eye.

“I think Owen feels like Obi-Wan only cares about the boy because he may show signs of the Force. And he knows that Obi-Wan is pretty single-minded about that, and if it seems that Luke Skywalker shows that he has the Force, that Obi-Wan would want to train him to be a Jedi. And especially at this time when the Jedi are all but wiped out.

Playing him, I was split about this because I feel there’s part of Obi-Wan who’s given up, you know? That he feels like the time of the Jedi is over, that they lost. And whether he really feels that, he sort of says it. He feels that it’s done. They lost the battle.

And I think Owen wants Luke Skywalker to have a normal childhood, to grow up in an ordinary way and not to be bothered by that. And also, there’s the risk that, knowing that the Jedi are being hunted down, if Obi-Wan is found out and discovered, then [Owen] doesn’t want him anywhere near Luke Skywalker because they would also take Luke.”

The series picks up after Star Wars: Revenge of the Sith, and Order 66 is in full effect. The Galactic Republic deploys Inquisitors to hunt for Jedi, which puts Kenobi at great risk of danger and death. Kenobi will still be dealing with the loss of his Padawan Anakin (Hayden Christensen) to the Dark Side, but the force-sensitive child offers a glimmer of hope.

It’s understandable then that Uncle Owen wouldn’t want the young Luke Skywalker involved in Kenobi’s adventure during this precarious time. In the trailer, Kenobi watches from afar as the young Luke pretends to steer a vehicle atop his homestead on Tattoine, unaware that his father’s master is near.

Luke has the chance of a normal life and Jedi training would most assuredly upend that. In one of their interactions, Uncle Owen confronts Kenobi about his ideas after Kenobi says, “When the time comes he must be trained,” Owen responds, “Like how you trained his father?” which gives a good impression of what their relationship will be like in the series. The Star Wars scene is so good it’s become its own meme.

Even if Kenobi won’t be able to win over Owen, he’ll still have other characters to rely on in his quest. One of whom is the newly-revealed Haj, played by Kumail Nanjiani, the con-man who works on the streets of the newly-created planet Daiyu. He cares about money and survival more than anything else, but working with Kenobi is bound to get him into some trouble.

The first two episodes of Obi-Wan Kenobi premiere May 27.