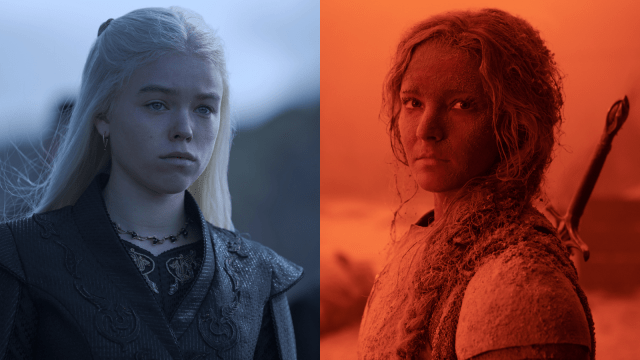 The Lord of the Rings: The Rings of Power has just landed, but already the internet is going nuts with comparisons with House of the Dragon.

Both have released just two episodes so far and are set to be multi-season epics, but the first impressions of each have got fans already deliberating on which is the best show. Yes, after just two episodes.

The recency bias and clash of fandoms are real, with The Rings of Power‘s debut proving popular online, and taking no time for slanderous hot takes. One user even said that The Rings of Power makes the Game of Thrones prequel look like an “afternoon special”.

It’s the internet, so yelling (i.e. using caps lock) is also a solid way to make you feel heard and there’s plenty of that happening. The visuals and sound effects of Rings of Power were also in the spotlight, with the $1 billion show miles ahead of its HBO rival according to one fan.

But not everyone is sold on the new Middle-earth series being better than House of the Dragon, with wyvern-mad fans calling out the Tolkien series for being overcrowded and lacking focus on any one character.

Most confusingly is one tweet which determined one series was an A- while the other was a B+. Frankly, this makes them sound exactly level and isn’t much of a help for those trying to make up their own minds.

Of course, fans can easily enjoy both. It’s an absolute golden age for fantasy content on streaming services, as the ghosts of fantasy’s past come roaring back into the mainstream.

House of the Dragon is available to stream on HBO Max, while The Rings of Power is viewable exclusively on Amazon Prime Video.