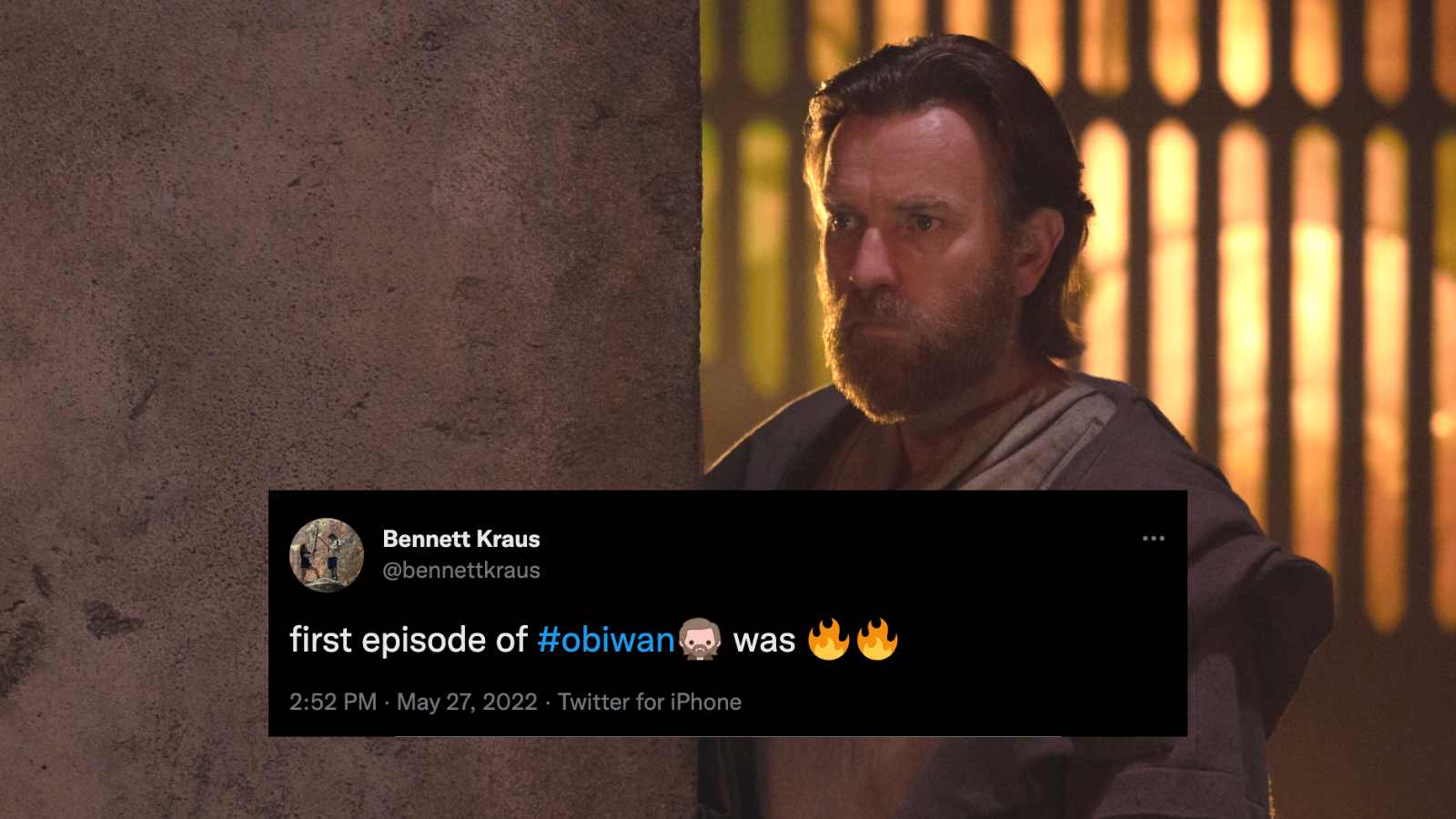 Warning: This article contains spoilers for the first two episodes of Obi-Wan Kenobi

The wait is finally over as the first two episodes of Obi-Wan Kenobi have dropped on Disney Plus… three hours early. And fans haven’t hidden their excitement about the new Star Wars series.

Fans from all over the galaxy waited till the episode dropped onto the streaming service. Some even admitted to staying up all night or leaving work early just so they can watch it immediately. No surprise, since The Mandalorian and The Book of Boba Fett received high praise from hardcore fans.

Star Wars fans showed excitement as the episodes referenced stories and characters from the Star Wars prequels since the show takes place 10 years after Star Wars Episode III: Revenge of the Sith. Fans were in awe of the ominous prologue the first episode had and how it helped move the story forward.

But at the same time, Star Wars fans are crying as the newest season of Stranger Things is also going to drop on Netflix and they have to choose which one they have to watch first.

The second episode featured some classic dru—spice smuggling, and it’s fair to say that it reminds many viewers of another show. Breaking Bad fans, where you at?

But the weekly episode drop is still something fans are actively wrestling with, with excitement very high after the first two episodes. That last shot of episode two is a haunting one for many fans, with the return of Darth Vader.

While Twitter and Reddit seem to be unanimously in favour of the first two episodes, the Rotten Tomatoes audience score tells another story. With 63% audience approval rating, Obi-Wan Kenobi is clearly missing something for some viewers.

Obi-Wan Kenobi is a Star Wars Disney Plus series about the Jedi Master Obi-Wan and takes place during the reign of the Empire. The show has both Ewan McGregor and Hayden Christensen reprising their roles as Obi-Wan Kenobi and Darth Vader – the sith lord Anakin Skywalker becomes.

The first two episodes of Obi-Wan Kenobi are now available on Disney Plus.