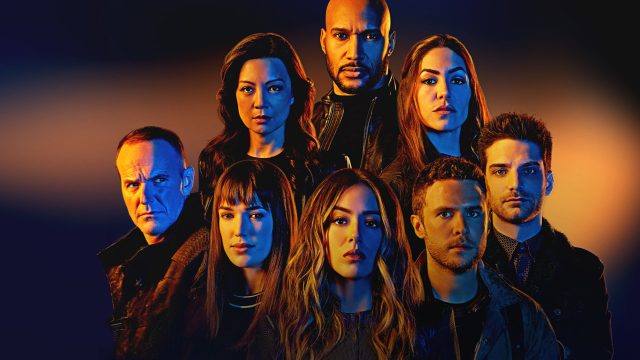 Ever since the MCU inducted Daredevil and Kingpin into its expansive universe, fans have been hoping that there will come a day when Agents of S.H.I.E.L.D. will also be a part of Marvel’s cinematic universe. Though WandaVision pretty much nullified the chances of the series ever becoming a part of the MCU! and the studio hasn’t given any indication that they plan on restoring the AoS’ position, there are still many fans who are waiting for it to become canon again.

After the Darkhold — the big book of evil spells — appeared in WandaVision, the hopes and expectations of Agents of S.H.I.E.L.D. fans took a big hit. The book was starkly different from when it first appeared in the former Marvel series. What further cemented the fate of the series was the authors of The Story of Marvel Studios: The Making of the Marvel Cinematic Universe confirming that AoS is not part of the MCU.

But apparently, nothing can deter MCU fans as a fresh debate over how the storyline and beloved characters from the series can appear in future Marvel projects has sparked on Reddit.

Another Redditor pointed out that while the MCU has been refraining from making obvious references to Agents of S.H.I.E.L.D., apparently connections to the series have been peppered throughout the latest Marvel projects. Does this spell a bright future for S.H.I.E.L.D.’s reappearance?

Not every Marvel serving can gain universal praise from its fandom and Agents of S.H.I.E.L.D. is no exception as many can’t fathom the fan-following it still has. But loyal followers of the show were quick to shut down the naysayers.

The majority of the AoS fans are positive that its characters will appear in some capacity in the upcoming Disney Plus series, Secret Invasion.

At the moment, a future where Agents of S.H.I.E.L.D. becomes canon is uncertain at best as the studio is currently busy bringing the likes of Fantastic Four and the X-Men into the MCU fold. But no matter when they decide to bring back Daisy, Phil, Mack, Melinda, etc., it is obvious that the series will continue to have fans who will be always rallying for their return.