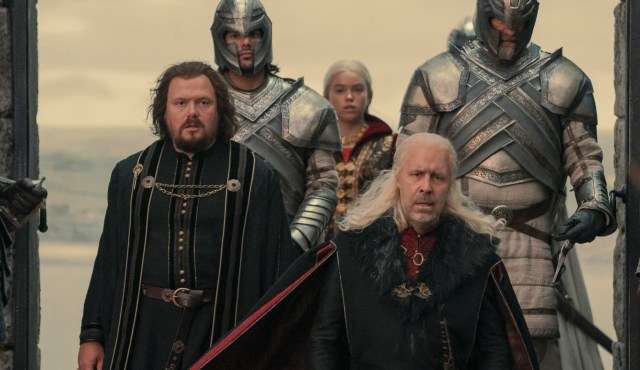 It can’t be easy helming an episode of one of the most beloved franchises in the world right now, even if that episode happens to be from a spinoff prequel show that wasn’t certain to find its footing. House of the Dragon director Clare Kilner certainly felt the crushing pressure of the job, though she can’t help but admit she had a good time when going about it.

Breaking down the episode and talking about her own experience directing it, here’s what Kilner had to say about “The Green Council” in a chat with Entertainment Weekly.

“My voice was hoarse by the end of it,” she said. “It was like, ‘And the dragon! It’s bursting through the roof! And now it’s facing Alicent, and Alicent is facing you and she doesn’t trust you!’ And then when we were doing the other side of it, doing Alicent [with Cooke], I was like, ‘And she’s bursting through the roof! Coming for you!’ But it’s really fun because you just feel like a kid again. You just go for it.”

There was certainly a lot to unpack from the penultimate House episode, with it starting with such a bitter undertone as it does. With the Red Keep asleep and in all but name embodying the calm before the storm, servants slowly learn of the king’s passing and the royal house embraces itself for the toughest period of upheaval in the past sixty years.

As Alicent and Otto commit to the task of crowning Aegon king and undermining Rhaenyra’s claim, the Queen Who Never Was makes her final decision and interrupts the proceedings on her dragon Meleys.

It’s uncertain how Rhaenyra and Daemon will react to these events from their fortified position at Dragonstone, but it’s safe to say that we’ve never been closer to seeing the Dance of Dragons in live-action on the small screens as we are now.

It might be a while until the second season gets into it in truth, so the producers may decide to conclude their first run with an explosive sneak peek, a cliffhanger of sorts — maybe a skirmish over the stormlands — that reveals just how deadly a civil war involving dragons could be. If you know, you know.