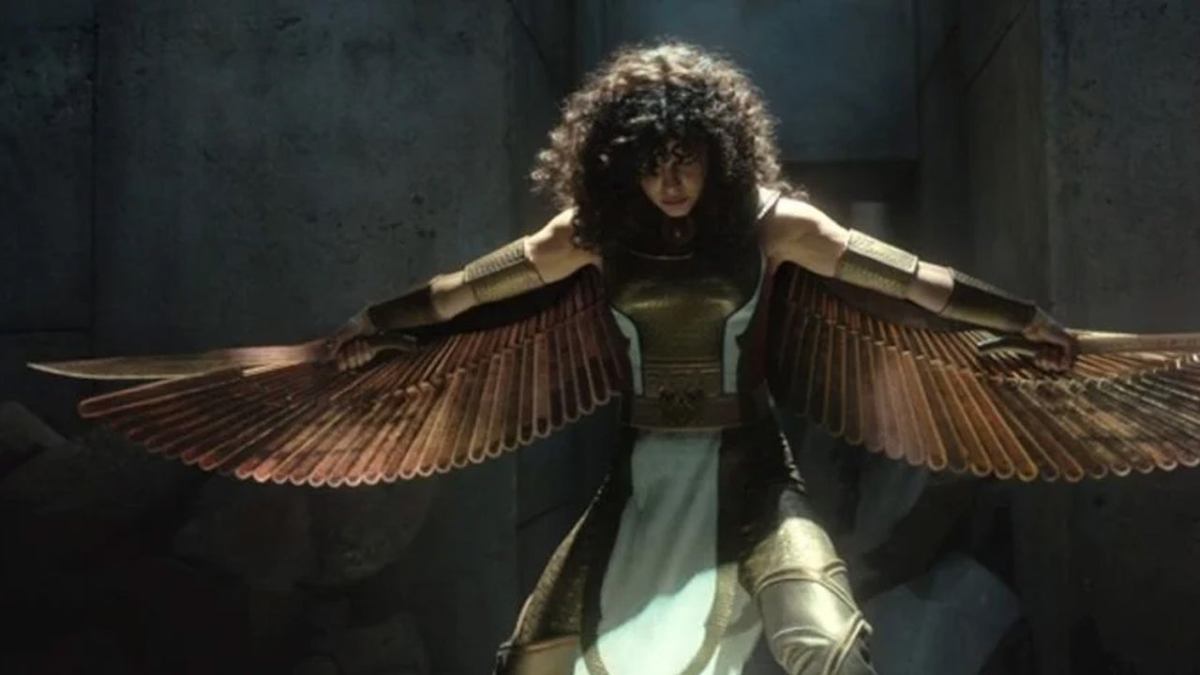 This week’s total shutout at the Golden Globes has fans chattering about Disney Plus’ Moon Knight and its snubs, but not everyone is talking about how much they miss Oscar Isaac’s Marc Spector or any of his other personalities. Instead, fans are demanding we get more of Spector’s wife Layla El-Faouly, played in the series by Egyptian-Palestinian actress May Calamawy.

Moon Knight drew acclaim from fans and critics alike, especially for Isaac’s performance, thought by many to be one of the best in the entire MCU franchise. However, Calamawy proved to be a breakout star with her performance as Marc Spector’s estranged archeologist wife. Her fandom went crazy with the late-season reveal that Layla had taken on the mantle of the avatar of Tawaret, becoming not only the superhero The Scarlet Scarab but also the MCU’s first Arab superhero.

Fans on Reddit have expressed a desire to see Layla’s continued presence in the MCU, perhaps even teaming up with fellow supernatural heroes such as Doctor Strange and Blade. Some have even suggested that she become the focus of a future season of Moon Knight or perhaps even the star of an entire spin-off.

Fans can look forward to seeing Calamawy in at least one future Marvel project, or at least hearing her. She’ll be guest-starring in the upcoming animated series Marvel’s Moon Girl and Devil Dinosaur next year. So far her role is undisclosed, so it’s uncertain whether she’ll be reprising her role as the Scarlet Scarab or if she’ll be taking on some other part for the series. Fans can also catch her in the ongoing series Ramy where she plays the protagonist’s sister Dena Hassan.