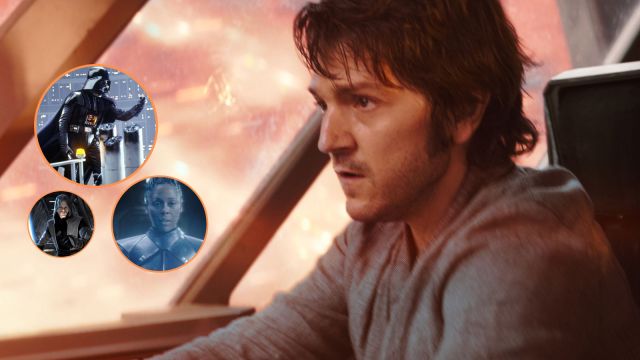 Andor is the latest addition to the ever-expanding galaxy of Star Wars, following fresh on the heels of previous Disney Plus successes.

Focusing on one of the heroes of the early age of the Rebellion, Andor is set during the wilderness years between Revenge of the Sith and A New Hope. The era perfectly sets it up for appearances from some of the franchise’s most loved characters, and plenty of whom could utterly blow people’s minds if they rock up. So, let’s explore the top 5 cameos that would explode the minds of fans everywhere.

Perhaps the most obvious of all the cameos which could be included, this feels like something which must be at very least referenced. Considering Hayden Christensen recently came back to reprise his role in Obi-Wan Kenobi, it wouldn’t sound out of the picture. Vader was hunting down Jedi still during this era of Star Wars, what better way to set the stakes?

She only just debuted in Obi-Wan Kenobi with a masterful performance from young Moses Ingram and we want more. Such a compelling character who encapsulates everything the series is about: rage, hate, passion, redemption, and finality. The Inquisitors were busy in this era, and would add some interesting new information to her time working with the Empire.

The lovable mandarin-looking alien voiced by Lupita Nyong’o in the sequel trilogy has often been teased as knowing a whole heck of a lot during her thousands of years. If there’s a character who thoroughly needs a more concrete backstory, it is undoubtedly Maz. Would also help display her as a cross-generational beacon of resistance.

He is almost certainly dead after being shot out of a window in Revenge of the Sith, but people have recovered from much worse falls (Darth Maul) and more shocking bits of amputation (see: any male Skywalker). Samuel L. Jackson is still in good with the Disney hierarchy with his role in the Marvel Cinematic Universe, so it doesn’t feel out of the picture.

The former apprentice of Darth Vader in The Force Unleashed series has been written out of Star Wars canon since Disney purchased Lucasfilm, but has such a strong fanbase it feels like he deserves a much-needed return to canon. Andor will likely not heavily feature any force users, but with twelve episodes it feels like a chance to give a few references to force-users.