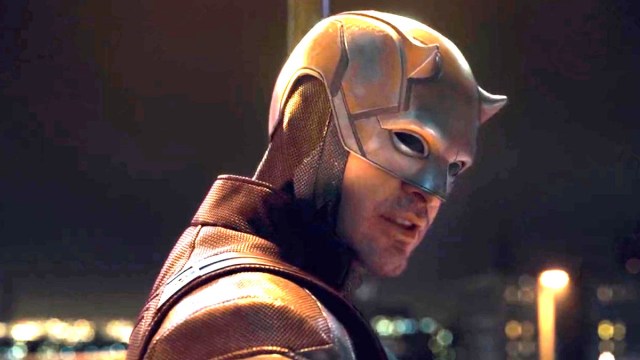 After seven whole weeks of waiting, the time has finally come, Daredevil worshippers — She-Hulk: Attorney at Law‘s much-anticipated crossover episode with Charlie Cox’s Matt Murdock is confirmed to be arriving tomorrow. How do we know that? It’s thanks to this newly unveiled clip, which offers a glimpse at the first meeting between Tatiana Maslany’s Jennifer Walters and her fellow superhero lawyer.

In a genius move in terms of getting people to keep coming back each and every week, although less effective in encouraging folks to enjoy the show on its own merits, Marvel revealed that Daredevil was going to show up in She-Hulk in the trailers, so we’ve been waiting almost the full season for this moment. Now, in its penultimate episode, the promised team-up is coming. Catch your first look at it via the sneak peek below (as originally shared by Entertainment Tonight):

We’ve already been told to expect a much lighter-hearted depiction of DD in She-Hulk, to fit with the show’s sitcom vibes, and we can already see that on display here. It’s hard to imagine the character saying “huh, my ass remains unwhooped” while battling Punisher in the Netflix show, for instance. For anyone complaining this does the hero a disservice, though, Cox’s portrayal in this footage actually feels wholly authentic to Stan Lee’s original Daredevil from the 1960s.

Meanwhile, this clip likewise confirms that Jen is going to start wearing her very own superhero suit, after the MCU’s own Edna Mode, Luke Jacobson, made it for her back in episode 5. Plus, Jen’s client who Matt is trailing is no doubt Eugene Patilio aka Leap-Frog, a character briefly introduced that same week.

Do not miss Daredevil’s full guest appearance when She-Hulk: Attorney at Law episode 8 hits Disney Plus this Thursday.