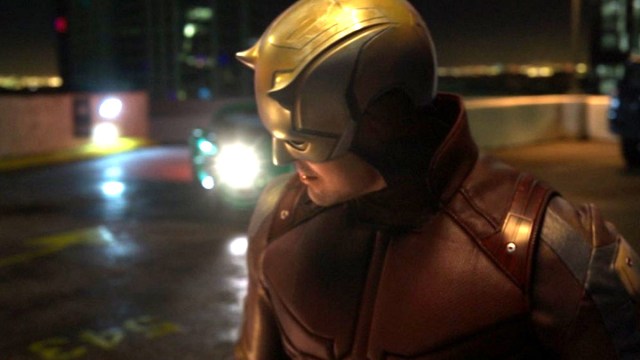 If you’re one of the people that’s becoming increasingly concerned by the potential Disneyfication of Charlie Cox’s Daredevil, then you’re not going to like what She-Hulk: Attorney at Law showrunner Jessica Gao has to say.

Some fans were already up in arms after the writer and executive producer promised to show Marvel Cinematic Universe supporters a lighter side of the former Netflix favorite, who was hardly renowned for keeping things bright and breezy during his three-season run on a rival streaming service.

Speaking to Collider, Gao hyped the impending arrival of the Man Without Fear to verbally and physically spar opposite Tatiana Maslany’s Jennifer Walters, and her words are destined to stir up even more consternation among those who aren’t exactly sold on the prospect of Matt Murdock becoming just another quip-happy MCU favorite.

“He has such reverence and love for that character. It’s clear that the character meant so much to him, but he also came very game to play around. He was totally up for more funny banter and having this fun dynamic with Jen and She-Hulk. It really feels like the character from the comics. It was so fun because he really does fit into the show so perfectly. They’re both lawyers, and they’re both superheroes. Who else can say that they have that in common? It was just very fun thinking about what their dynamics would be, based on the personalities of these two characters.”

Admittedly, Daredevil and “funny banter” hardly went hand-in-hand during the trials and tribulations we watched him go through already, but all we’ve seen of his MCU return so far is a single scene cameo in Spider-Man: No Way Home, so it’s not as if we’ve got any idea what’s in store when his comeback becomes that much more permanent.

We’ll be finding out sooner rather than later as She-Hulk progresses, though, and you can bet your life on the internet making its opinion heard loud and clear regardless of how things turn out.