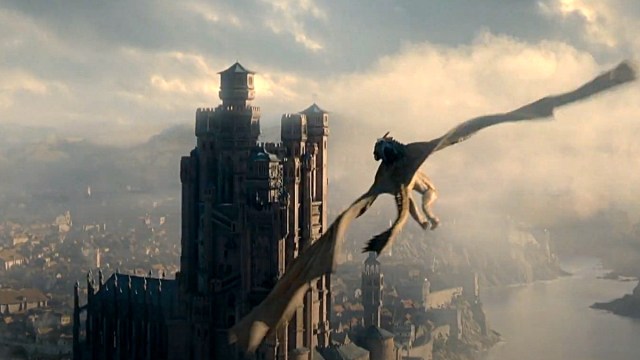 In an interview with Entertainment Weekly, Condal admits to having some idea that Sapochnik would only have one season of the show in him and considers his intentions for doing the show.

“It was definitely in Miguel’s mind. He’s definitely lived in Westeros for a really long time. I was always potentially aware that he might have just set this one season up on his feet and got the feather in his cap of doing a show that he co-ran and had a hand in the conception and casting and making of, versus the original series where he definitely became a producer at the end, was certainly I think [Thrones showrunners] David [Benioff] and Dan [‘D.B.’ Weiss]’s most trusted filmmaker, but not in the way that he participated in House of the Dragon. So it was always in the back of my mind.”

It was announced in late August that Sapochnik would be leaving HBO’s hit series and GOT veteran Alan Taylor would be joining season two as executive producer and director. Sapochnik put in three years of hard work for the series and his departure means Condal will become the show’s sole showrunner. Condal would continue to work closely with GOT author George R.R. Martin as he’s been doing with season one of House of the Dragon.

Sapochnik has been living in the Game of Thrones world since season five of the series back in 2015. Since then, he’s won an Emmy for his GOT episode, “Battle of the Bastards,” and eventually became producer on the original show. In House of the Dragon, he had more influence as co-showrunner alongside Condal, and the overall reaction has been positive. Sapochnik knows the world of Westeros more than most, and his expertise helped transition viewers into this prequel story.

“I think at the end, he felt like he had said what he had to say. He’s a tremendously talented filmmaker, which is obvious from the work that everybody is seeing and will continue to see with episode five and seven. I think there’s lots of stories that he has left to tell. And honestly, as a fan of his, I’m excited to see where he goes next.”

It would seem that Condal is leaving the door open for Sapochnik’s return. He could always come back as a director in later seasons since the series will have multiple seasons.

Sapochnik entered a first-look deal with HBO and will be developing new projects for the network. He’s said that working within the GOT universe was an honor, and he was especially thankful for House of the Dragon. It was an incredibly tough decision for him, but he knew that this was the right time.