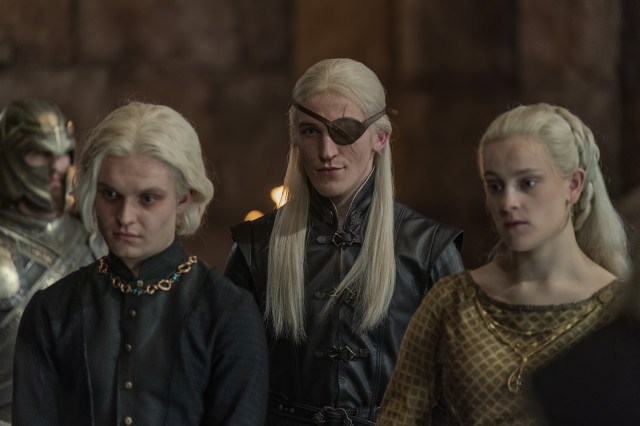 House of the Dragon fans think they’ve finally found a pure-hearted innocent character in the prequel show, and now they want to protect her at all costs.

Game of Thrones is known for its morally gray characters, but even in the endless sea of powerful nobles who were out for themselves, we had the Starks to cherish as our righteous protagonists. House of the Dragon doesn’t even have that, and you might be hard-pressed to find a side that you can actually root for because of their moral virtues. Most fans are simply on the side of the Blacks because they’re more charismatic and we’re willing to die on that hill.

But it seems that even in this darker take on George R.R. Martin’s world — and I mean that in the most literal sense because more often than not, we can’t see anything thanks to the inordinately dim lighting — the fandom has managed to single out a character who remains pure of heart. We’re referring to Helaena Targaryen, daughter of Viserys and Alicent, who, in the tradition of her house, has married his brother Aegon.

Of course, let’s not forget Daeron Targaryen, who’s chilling in Oldtown right now without a care for anything else, least of all the fact that his family is practically at each other’s throats even while Viserys still draws breath.

Some wish the writers had included a scene with her and Viserys, though we doubt the old king would’ve recognized her even in his brief moments of clarity in episode 8.

There’s still more to come from all of the children, and Helaena will be no exception.

The penultimate House of the Dragon episode is premiering this Sunday, Oct. 16, on HBO.