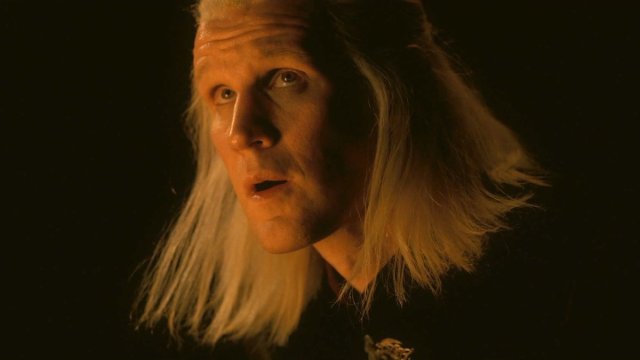 Many battles are being fought in House of the Dragon, but showrunner Ryan Condal says there’s still love between Prince Daemon Targaryen and King Viserys. Matt Smith plays Daemon, the younger and more antagonistic brother, and Paddy Considine plays King Viserys, the brother with the weight of the realm on his shoulders. Together, they create a whole lot of Targaryen family drama.

In an interview with The Wrap, Condal addressed their complicated relationship, and how it plays out differently than viewers might expect.

“It’s a complicated relationship between the two of them. What makes that relationship really compelling to watch and I think to write, and to watch the actors perform, is that they both do really deeply love each other. They both just want the other one to be a different person. And it’s not a classic, you know, black sheep of the family, ‘no one likes the brother.’ Viserys really loves Daemon … just don’t be such an a–hole all the time, and think of somebody other than yourself. And Daemon wants for Viserys to value the classic tenets of House Targaryen – fire and blood.”

From the beginning, their relationship doesn’t play out like stereotypical brothers who are at odds. Despite Daemon’s aggressive nature and use of excessive force with his Gold Cloaks who “protect the city,” Viserys still has a soft spot for him. The king defends him during his council meeting, and still considers him a possibility for the throne in spite of differing opinions.

Instead, Viserys attempts to steer Daemon in the right direction, but with a head as hard as his, it won’t be so easy. Condal continued by describing how Daemon feels about his brother and his position in the court.

“Daemon desperately wants to be Viserys’ Hand and be trusted by him. Be held at his side, and not, you know, go over there and run the City Watch, run the treasury, to keep him at arm’s length, to keep Otto Hightower between them. And it’s that constant play between them of just – instead of embracing what the other is, wanting something different out of their kin.”

To make matters worse, Daemon has Otto Hightower (Rhys Ifans), Hand to the King and devoted hater of all things Daemon, to worry about. Daemon finds enjoyment in taking verbal shots at Otto, and Otto in turn doesn’t want him in line to be king for fear that his aggressive nature would negatively affect King’s Landing.

Things take a turn for the worse in the brother’s relationship and they end up having it out towards the end of the episode. Considine spoke about what the throne room exchange was like, and how that created the first wedge that’s driven between brothers.