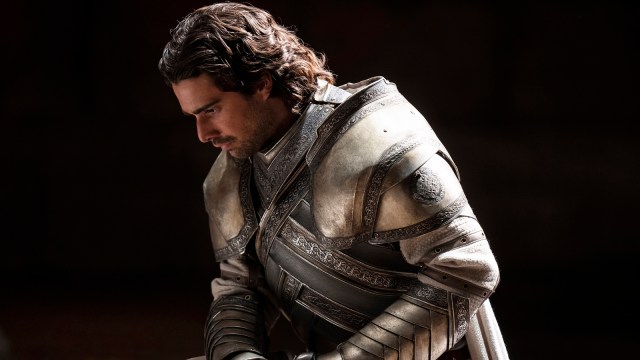 Fabien Frankel explains how he’s come to understand his character Ser Criston Cole in House of the Dragon. The knight became the Kingsguard for King Viserys when Princess Rhaenyra (Milly Alcock) chooses him for the privileged role.

In an interview with Entertainment Weekly, Frankel shares that his scenes with another Targaryen, Daemon (Matt Smith), are so spontaneous that they lead to epiphanies later on.

“You don’t know how a scene’s gonna play out between Daemon and Criston Cole until you’re in it. There’s only so much preparation you can do. It’s only now upon reflection that I’m able to really understand what I was thinking. It is a really weird thing.

Daemon is the biggest wildcard in the show. He’s prone to ruffling everyone’s feathers and causing as much chaos as humanly possible. His beef with Ser Criston Cole began in episode one, “The Heirs of the Dragon,” when they engaged in a joust, then battle one another on the ground.

After that, Criston, Hand to King Otto Hightower (Rhys Ifans), and other soldiers confront Daemon at Dragonstone to prevent him from stealing a dragon egg. The knight reminds Daemon of his loss, and this swipe at his pride showed that Criston might not be as nice and noble as he originally let on.

Frankel goes on to say that his character isn’t much of a planner. In a deadly game for the Iron Throne where the players are always plotting their next move, Criston tends to respond in the moment. “I don’t think there’s anything premeditated about him,” said Cole, “at least in the beginning of the show.” In episode five, Criston reveals some devastating secrets and it proves the actor’s point in a major way.

House of the Dragon episode six will usher in a new cast, as Emma D’Arcy takes on the role of the older Rhaenyra and Olivia Cooke will come in as the older Alicent Hightower. There will be more characters added to the cast, but Frankel, Ifans, Smith, and Paddy Considine who plays King Viserys will remain the same throughout.