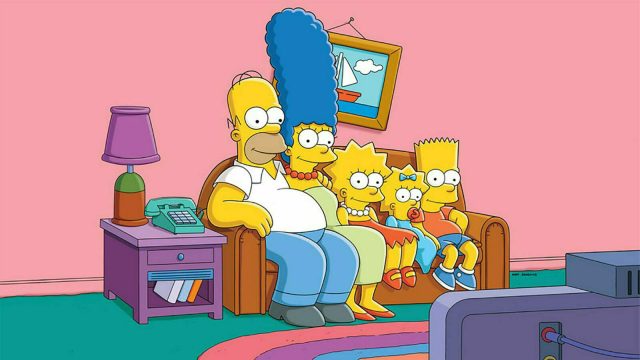 It’s that time of year again and, no, we’re not talking about Halloween; The Simpsons annual Treehouse of Horror will air this month! If you’re a Simpsons fan (and even if you’re not), you should be excited for the latest horror-themed special that uses beloved Simpsons characters to parody horror classics. Treehouse of Horror has been a staple of the show for 33 years now and fans look forward to the special all year long.

Treehouse of Horror has always poked fun at both old and current scary films and TV. What is different this year? Treehouse of Horror will actually air as two episodes: the first will be the more traditional format of parodying multiple horror stories, while the second will be a full 30-minute episode dedicated to one movie.

The episode about one film will parody Stephen King’s It while the other will be about Westworld, Death Note, and The Babadook. We’re especially intrigued by the Death Note portion of the episode since an outside animation studio will transform The Simpsons into anime-style characters. We also know that Linda Belcher from Bob’s Burgers will be making an appearance after a tweet from voice actor John Roberts teased her appearance in the episode. The official synopsis for the 33rd episode of the special tells us a bit more about the traditional episode: “In a book-themed trilogy, Marge’s resentment takes monstrous form, Lisa tries to save the planet through murder, and Homer learns he’s not the man he thought he was.”

When will ‘The Simpsons: Treehouse of Horror’ 2022 air?

Where to watch ‘The Simpsons: Treehouse of Horror’ 2022

Both episodes will premiere on Fox at 8 p.m. ET a week apart. You can stream them live using a few different streaming services: DirectTV STREAM, Hulu Live TV, YouTube TV, Sling TV, and fuboTV. If you can’t catch it live or you want to wait to watch it, you can also catch it on Hulu the day after the episodes first air.