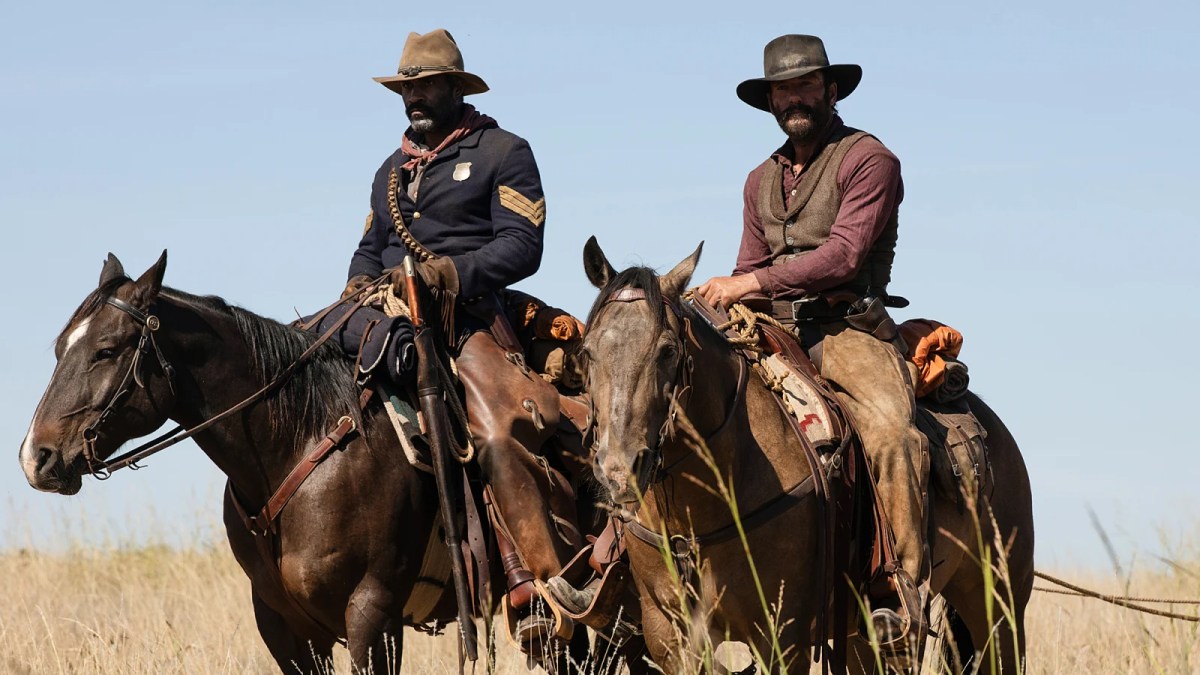 Image via Emerson Miller/Paramount Plus

Not unlike the Paramount hit show, Yellowstone, the prequel series 1883 that aired last December on Paramount Plus has left the viewers wanting more especially after the show’s dramatic ending. Not to mention, it has been acclaimed as one of the most well-streamed series that throws light on the first generation of the Dutton family to their establishment of the Yellowstone ranch.

With the death of some of the major characters like the narrator, Elsa Dutton (Isabel May), and Shea Brennan (Sam Elliott), to name a few, fans are curious about the progression of the story from thereon and looking forward to what the next season might have in store for them. This raises the inevitable question following the end of a successful season one, would the show have a season two?

The showrunner Taylor Sheridan mentioned that there are fewer chances that season one with its 10 episodes would be followed by any direct storyline. Speaking on the subject to Deadline, he said, “We wanted to make a 10-hour movie that ended, and that’s what we did. For me, as a storyteller it feels close-ended. I’m going to peek through the window of a different era and see what I see then.”

However, hope isn’t completely lost for a subsequent season. In February, it was announced that the end of the year would see the “next chapter” of the show. Only this time, the story would not revolve around the adventures and drama surrounding the Dutton family but would focus on a new character, Bass Reeves, the first Black citizen who served as the United States Marshal in the Wild West following the end of slavery. Let’s dive into the details of this new chapter, casting, and possible release date.

What is the Bass Reeves episode all about?

There seem to fewer chances for the series to be renewed for a season two which would continue where it left off. In its stead, the show’s spinoff series, 1883: The Bass Reeves Story would be streamed.

The episodes would reportedly not be a follow-up of the original series. Rather it would underline the life of the real-life Reeves starting from his birth into slavery to his accomplishments as a marshal. Sheridan has maintained reticence about the story, but given that it’s based on true historical facts and figures, it’s not too hard to get a grasp on some of the basic details of Reeves’ life.

He was born as a slave in 1838 but later managed to escape his owner during the Civil War after which he began to live with the Indigenous tribes and learned to speak their languages. For this reason, in 1875, he was assigned control over the Native American territories as a deputy where he is known to have arrested over 3,000 outlaws and killing 14.

The show went so far as to provide an official synopsis of Reeves: “Known as the greatest frontier hero in American history, and also believed to be the inspiration for The Lone Ranger, Reeves worked in the post-Reconstruction era as a federal peace officer in the Indian Territory, capturing over 3,000 of the most dangerous criminals without ever being wounded”.

The question remains as to how the Dutton and Reeves storylines would overlap. It is possible that there is no connection between the members of the Dutton family of 1883, and Reeves and the new miniseries would take a complete detour from the overall plot. Meanwhile, the story isn’t over yet as a new offshoot of the series, 1932, is also on the menu, which would feature a different generation of the Dutton family during the age of Prohibition and the Great Depression.

The showrunners have been tight-lipped concerning the announcement of the cast. The only confirmed cast member is David Oyelowo, who will be playing the titular Bass Reeves. He is known for starring in movies like Selma and The Butler. Oyelowo mentioned that he didn’t immediately agree to this role offered by Sheridan. What compelled him to reconsider his decision is when the latter asked him to direct the first two episodes. As the actor explained:

“I opened the text, and it said, ‘I love the script. I hope you don’t mind if I direct it, sir?’ I was like, ‘Let me think about it. He did call me ‘sir,’ that’s a Southern thing. I think he was just being polite. He did ask, which I appreciated. The reality is that he is one of the best storytellers on the planet. My whole thing is that we’ve got to tell a story worthy of that history, but worthy of a global audience and he’s one of those rare guys, and I’ve worked with a few of them, and he’s one of those rare ones who can really do that. It’s a big deal.”

As per Entertainment Tonight, Yellowstone’s Cole Hauser implied that he might be one of the cast members in the 1883 spinoff. Speaking about the new goatee that he got for his new role, he said, “I’m switching it up on ya…this is for a role that I did in 1883.” On further inquiry, he politely replied, “No, Ma’am.”

Despite the confirmation of the casting and plot, the new spinoff series’ release date still remains a mystery.