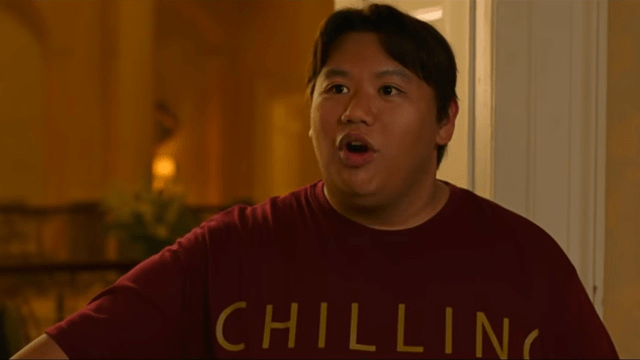 Depending on who you ask, the mention of a new television series about vampires may be met with deafening groans; Twilight made its bank in the early 2010s off the back of its broody, impossibly-attractive bloodsuckers, and the genre’s evolution since then hasn’t been the easiest to track for most audiences.

But everyone’s favorite sidekick is looking to turn the vampire story on its head. Jacob Batalon, famous for his role in the Marvel Cinematic Universe as Ned Leeds, the best friend and confidant of Spider-Man, is set to star in the upcoming Syfy series Reginald the Vampire, which he will also executive produce.

The show is set in a world chock-full of vampires with perfect bodies and faces, and all the vanity in the world to boot. Enter Reginald, a comparatively portly and bumbling vampire as he adapts to life’s obstacles, all while life’s obstacles adapt to him in turn.

It’s a step forward for both the vampire genre and for Hollywood, it seems. Not only does the show seem to be taking a creative hammer to the many vampire tropes we’re used to, but also looks to be an astute commentary on how society values certain bodies, while vehemently devaluing others.

In an interview with The Direct, Batalon reflected on the pride he took in landing the lead role of the series as a Filipino-American man, as well as the objective he and the rest of the show’s team are aiming for with the series.

“It’s a very powerful message to see someone like me, an Asian American – specifically a Filipino-American – be a lead of a series. We sort of turn vampire tropes on their head. I love that we truly make sure that we let people know that we’re poking fun at those people, that the real story is about Reginald and not vampirism.”

He would go on to discuss his character, Reginald, and teased what we can expect out of the beginning of his character arc.

“Reginald is a person who can be overlooked as just another person, and people don’t really care to look behind the curtain. The fact that he has been judged by people and has gone through all these negative things in his life puts him in a place where he has accepted his fate.”

Reginald the Vampire will release to Syfy on October 5.