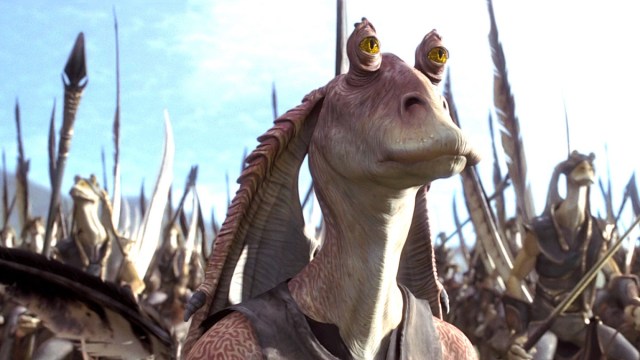 There was very clearly one thing that the Disney Plus Obi-Wan Kenobi series was dearly missing: a cartoon rabbit who steps in animal feces for comedic effect. Worry no longer, because a fan edit has saved the series, and potentially, the franchise.

While there were plenty of call-backs, cameos, and returns to characters from the Star Wars prequel trilogy, with the likes of Qui-Gon Jinn and Anakin Skywalker returning, none of them hit that emotional note as much as this fan edit. The emotion here is fury and laughter.

It’s worth noting how much the Star Wars franchise has wanted to forget about Jar Jar. Despite being an absolute technical marvel for the time, you’d be hard-pressed to find anyone over the age of 9 who thoroughly enjoys his character. Jar Jar absolutely walked so Rocket Raccoon could run and gun.

Blamed for ruining almost everything in the universe of Star Wars, in old Legends content his own father was so dissatisfied with his son he tried to end his own life. Yes, you read that correctly.

Jar Jar did nearly make an appearance in another Disney Plus exclusive, with storyboards revealing he was originally in Chip ‘n’ Dale: Rescue Rangers. It’s no big return to the galaxy far away, but it’ll have to do for the Gungan.

Obi-Wan Kenobi is currently available to stream on Disney Plus, albeit without Jar Jar.