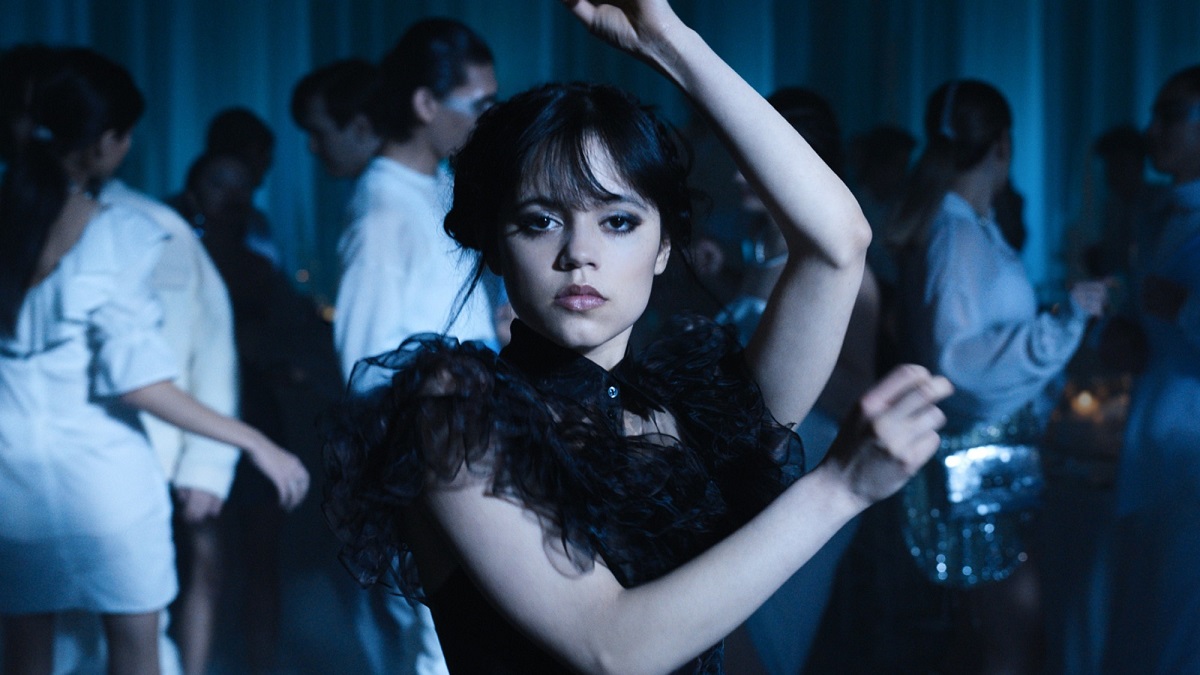 Wednesday may have been locked out of the Golden Globes awards last night, being beaten for both Best Musical/Comedy Television Series and Best Performance by an Actress in a Television series by Abbott Elementary, though it’s still riding a tidal wave of success after its huge debut on Netflix in November 2022.

A second season is already confirmed and may start production later in the year, with star Jenna Ortega hoping for a very special Mother Monster cameo. In episode four of the show, there’s a dance scene sound tracked by The Cramp’s “Goo Goo Muck”, though a viral edit of the dance to Lady Gaga’s Bloody Mary was unavoidable on social media soon after the show’s release and went on to propel the song to success eleven years after its debut on her 2011 album Born This Way.

Gaga herself got in on the fun, recreating Wednesday’s dance on TikTok and now Ortega is hoping that she could make a cameo appearance in season two. Speaking to Variety during the Golden Globes pre-show, she said she was sure Gaga and Wednesday would be friends rather than adversaries:

“If Lady Gaga were to be a part of it, they’d have to be two monsters who understand each other.”

She also reflected on her brief contact with Gaga years ago:

“You know what’s funny? A long time ago I worked with a hairdresser that worked with Gaga and I just had seen Gaga in concert a few years before. [The hairdresser got] Gaga [to make] me a video saying she heard I was a fan. Gaga made me a sweet video. I doubt she remembers. But to see her to do that now…it’s one of those moments you realize life changes really fast.”

But Ortega wanted to underline that she’s had “no contact” with Gaga other than that and refused to be drawn on any details for what Wednesday will be doing next:

“I have seen nothing and I know nothing. As the actor you’re told what to do. I’m waiting on it! I think they’re just starting to get a writers room together so we’ll see.”

Ortega was instantly iconic as Wednesday Addams, perhaps even eclipsing her co-star Christina Ricci’s performance in the 1990s The Addams Family movies. We want her back on screen as soon as possible, as Wednesday was absolutely one of our highlights of the year.