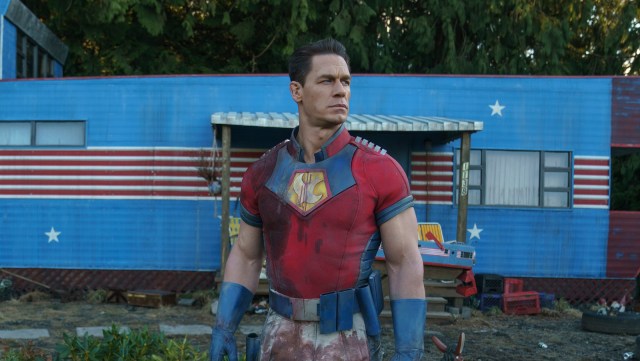 Well, to the surprise of almost no one, HBO Max’s very excellent DC action-comedy series Peacemaker was almost completely snubbed by the 2022 Emmy nominations on Tuesday. Save, of course, for the one nod tossed James Gunn and company’s way for Outstanding Stunt Coordination for a Comedy Series or Variety Program.

But unfortunately, in the categories that really mattered — namely, Outstanding Comedy or any of the actor or actress categories — Peacemaker sadly came up short. And despite stiff competition in the Outstanding Lead Actor in a Comedy Series, which included Steve Martin, Martin Short, Donald Glover, and Bill Hader, series star John Cena was absolutely deserving of a nomination. In the first season of Peacemaker, the WWE star was really given a chance to show off his comedic chops, and his performance was generally praised by fans and critics alike.

So we can probably take this with a grain of salt, since Cera regularly shares inspirational or motivational fodder on his incredibly prolific Twitter account, but one tweet in particular caught eyes within an hour of the nomination announcements.

“We all have our own process,” Cera wrote. “Don’t expect anyone to live your life except you and if it ain’t your cup of tea, don’t drink it.”

What does it all mean?! Certainly, you could look at it from the angle that Peacemaker was indeed not the Academy of Television Arts & Sciences’ cup of tea. But the tweet is also vague enough that it could mean just about anything.

At any rate, with Peacemaker picked up for a second season by HBO Max (whenever Gunn gets around to working on it, anyway), there’s always next year. Perhaps Academy voters will decide that they actually do enjoy Cena’s flavor of tea by then.