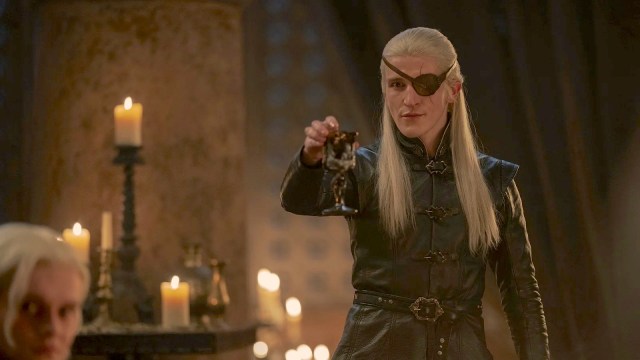 House of the Dragon fans have a long wait ahead of them until the second season comes along, so naturally, they’re filling that excruciating void with the one thing internet was made for, and that’s dank memes.

As we go over the prequel show’s amazing debut season and analyze everything to death, creator George R.R. Martin gives a much-anticipated update on the upcoming sixth book in A Song of Ice and Fire series and explains why he can’t play Elden Ring, the ninth gen Hidetaka Miyazaki masterpiece that he had a hand in developing.

Don’t know what to do with existence in general now that House of the Dragon has come to an end? Fear not, because as always, we have got this covered. If you miss the Game of Thrones prequel show or its rival The Rings of Power on Prime Video, there are a number of other fantasy projects you can catch up on that exude a similar vibe. Granted, they may not feature dragons, mysterious prophecies, or even magical jewelry, but they’ll scratch that speculative itch to some degree. After all, it’s not as if we can fast-forward time until the premiere of the second House run.

These hilarious memes from the ‘House’ finale highlight Aemond’s predicament

The sheer amount of absurd developments that led to Aemond inadvertently killing his cousin over the skies of Storm’s End and singlehandedly launching the most devastating conflict in all of Westeros is something that we’ll never tire of actually seeing unfold in live-action. House viewers certainly understand the memeing potential of this sequence, and they’ve really outdone themselves this time. Here is but a few of these side-splitting memes, but there are bound to be a lot more where they came from.

Recently appearing on The Late Show with Stephen Colbert, George R.R. Martin was asked if he’d played Elden Ring, the universally acclaimed masterpiece by FromSoftware that utilized the author’s worldbuilding chops to expand the lore of the Lands Between. In response, he said that he doesn’t dare do that as a once video game addict, especially since “people seem to want this Winds of Winter book.”

“I did play video games a long, long time ago,” he said, per PCGamer. “I played games like Railroad Tycoon, Master of Orion, and Homeworld. I would get sucked into it. Weeks and months would go by, and I’d be sitting there in my red flannel bathrobe saying ‘One more game! One more game!'”