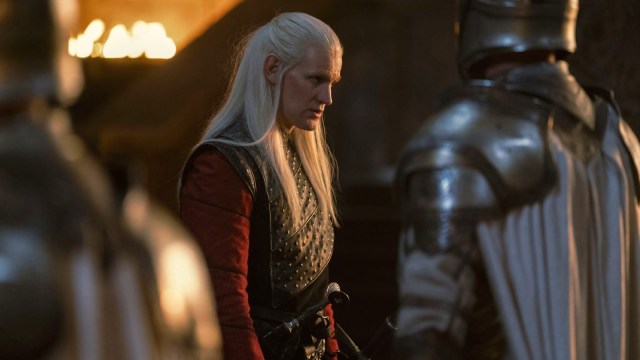 House of the Dragon had a lot to make up for following the lackluster final season of Game of Thrones. Even more of a risk was the show’s narrative structure, which was supposed to start at the beginning of Viserys I Targaryen’s reign and conclude with the Dance of Dragons, going over a period of more than thirty years. Showrunner Ryan Condal and creator George R.R. Martin eventually found a way to circumvent their predicament, but it was anything but smooth sailing.

That has left fans wondering if the second season will also feature jarring time jumps, and if so, will the cast undergo another big change? We answer all of these questions and more in today’s roundup of Westerosi news and developments.

With George R.R. Martin claiming that David Benioff and D.B. Weiss pretty much kept him in the dark on those later Game of Thrones seasons, fans had begun to wonder just how much autonomy HBO was willing to give the creator of this fictional universe in the spinoff projects. For House of the Dragon, Martin served as showrunner alongside Ryan Condal, and according to him, the author was instrumental in many creative decisions throughout the process.

Ryan Condal reveals what terrified him about the first season

If the first season of a television show fails to stick the landing, it has already lost the greater game afoot in today’s competitive streaming landscape. House of the Dragon was a huge gamble following the absolute disaster that was the final Game of Thrones season, and the risk was only exacerbated thanks to Fire & Blood‘s unconventional narrative format. Despite all the potential warning signs, Ryan Condal and HBO braved the storm and delivered a truly memorable season of television, one that, against all odds, reignited interest in Game of Thrones as a brand.

But between you and them, Condal and the rest of the producers were scared out of their minds at such prospects. “It did scare the hell outta me. It scared the hell out of HBO, too,” he said in a recent interview. “But to their credit, I mean it’s really the best network in the world. They were bold and said ‘we’re HBO, we’re buying into this and we’re gonna do this.'” And that, folks, is why HBO productions just hit differently.

Will there be more time jumps in the second season?

While the pace set by House of the Dragon somehow manages to pull off the giant task of establishing these constantly changing characters, we can’t help but note that a more linear approach would’ve ultimately benefited the story, if for nothing else besides giving these characters a little bit of breathing room. Fortunately, the second season, and all the rest of them for that matter, take place in a period of three years during which the infamous Dance of Dragons takes place, so even if there are more time jumps, they will take us through weeks and seasons, rather than years and decades.

That’s all for now, but stay tuned for more on the world of Westeros tomorrow.