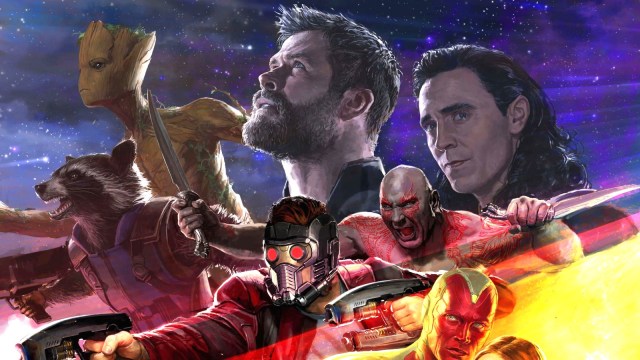 Today we’are burdened with glorious purpose as we unleash another Marvel news roundup. Despite the studio stubbornly refusing to share it officially when it premiered on D23 earlier in the month, the first-look trailer for the much-anticipated second season of a Disney Plus favorite has snaked its way online, causing the fandom to go into meltdown. Elsewhere, everyone is similarly losing it after some new Black Panther: Wakanda Forever merch reveals our best look yet at Ironheart’s armor.

Lookie here, the Loki season two trailer is near

Yes, thanks to the efforts of one valiant D23 attendee (whose actions we, of course, cannot condone, tsk tsk, what is the world coming to, etc. etc.), the Loki season two trailer has found its way online, thereby offering our first tease at what’s to come when Tom Hiddleston’s trickster returns. Expect even more time-traveling shenanigans next time around now that the TVA is under Kang’s control. Loki is due up on Disney Plus sometime next summer.

In other leak-themed news, a freshly unveiled Marvel Legends action figure for Wakanda Forever has given us our best glimpse to date at the finished suit of armor Dominique Thorne’s Riri Williams will don in her guise as Ironheart, the inheritor of Tony Stark’s legacy. Fans are loving it, too, as it’s a bold new take on her design from the comics, seemingly taking a leaf from anime’s Neon Genesis Evangelion universe. We look forward to seeing the heroine in action come this November.

Daredevil’s rebirth promises to be a protracted labor of love

Daredevil die-hards were overjoyed when Marvel confirmed that Born Again would be 18 episodes long at Comic-Con, but we didn’t think about the downside of the reboot being so long: it’s going to take forever to make. According to a new production rumor, filming on the Disney Plus revival is expected to be so mammoth that it is going to take practically all of 2023 to complete. Fingers crossed that it doesn’t mean the show will be delayed from its expected early 2024 release.

Anyone know what’s going on over on the MarvelStudios subreddit? For the past week, fans have been finding new ways to attack the characters of the most venerable Avengers around. Following on from other individuals criticizing both Iron Man and Doctor Strange for being arrogant jerks, the latest diatribe against the dead hero accuses Tony Stark of being a bad best friend to Rhodey by constantly gifting all his latest tech to protege Peter Parker instead of him. In the wise words of Marge Simpson, it’s true… but they shouldn’t say it!

Head back here tomorrow for your next daily Marvel news roundup.