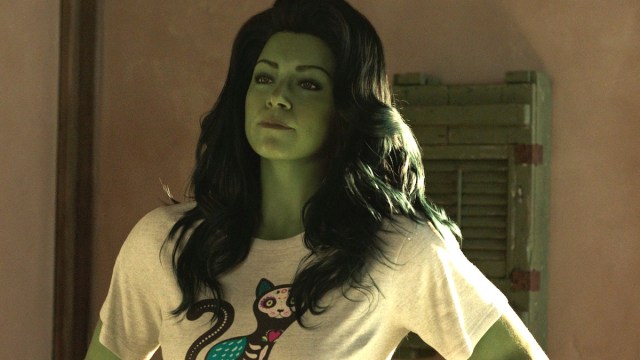 And we’re back with another daily Marvel news roundup. Ahead of She-Hulk: Attorney at Law dropping its fifth episode on Disney Plus tomorrow, the arch-villain of the latest Marvel Studios series is going full method on social media and on the streets of New York. Meanwhile, the king of the MCU’s Phase Four has made it clear that he knows how much you love him. Elsewhere, fans are wishing upon a star man made out of stars…

Spider-Man, Doctor Strange, She-Hulk… Name a Phase Four movie or TV show and the chances are that Benedict Wong has been in it. The Wong star has risen up as the unexpected hero of the MCU so much that he’s now, as Jennifer Walters said, walking “Twitter armor.” It turns out Wong is fully aware how much fans love him, too, joking that being their favorite is “such a vibe” in a new interview, as well as gushing over all the adoration he’s received online. Petition to extend Phase Wong into Phase Five, anyone?

Jameela Jamil has gone so all-in on promoting her She-Hulk character that we’ve weirdly seen more of her as Titania in real life at the moment than we have in the show. The Good Place actress posed for paparazzi photos in NYC while fully in character as her shameless influencer supervillain, not to mention flipping the bird to fans in a selfie she shared as Titania on Twitter. Prepare to meet Shulkie’s nemesis properly in tomorrow’s episode.

When you wish upon an Eternity, makes no different who you are-nity…

Thor: Love and Thunder introduced one of the most powerful characters in the Marvel universe in the form of Eternity, who can grant those who track him down at the center of the universe one wish. In an interesting Reddit thread, fans have been imagining what other MCU characters would wish. Some took the question seriously, suggesting Star-Lord would want to resurrect either his mom or Gamora, while others took a lighter approach and pitched Mobius’ wish — to finally get his hands on a jet ski.

Meanwhile, the five Incredible Hulk fans out there are in heaven

You know who’s having a great time right now? The handful of MCU fans out there who really, really love The Incredible Hulk. Not only has She-Hulk been kind to them, what with Abomination’s return and that Edward Norton joke, it’s just come out that Tim Blake Nelson is playing the Leader in Thunderbolts. This surprisingly sizeable subset of the fandom recently came together to celebrate the reappraisal of the oft-overlooked Phase One entry, which is now undeniably canon once again. How… smashing.

Come back tomorrow, True Believers, for another Marvel news roundup.