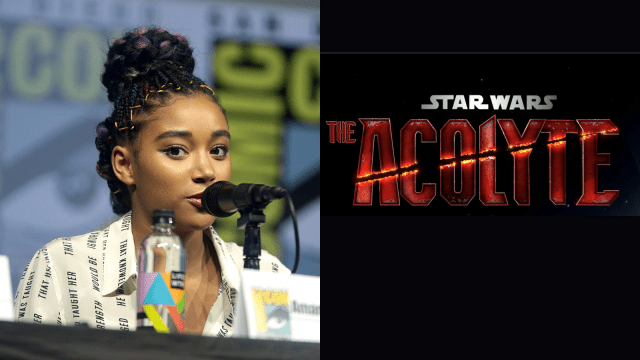 Amandla Stenberg, the star of the upcoming Star Wars spin-off series The Acolyte, has given praise to the fandom, because she must have missed the memo on how they tend to treat the cast and crew.

Set 100 years before The Phantom Menace, The Acolyte is believed to be a female-centric High Republic story to expand on the period that has been mostly untouched by modern Star Wars canon. While little is known of who Stenberg is playing, she’s eager to make herself apparent to fans with her giving some gushing praise to the fandom.

Stenberg, while in discussion with The Cut, spoke of her role in the A24 flick Bodies Bodies Bodies, along with a few Disney-lawyer-approved comments about her confirmed role in Star Wars and her relationship with the franchise. She says she was never a “die-hard nerd” but has since “lost herself” in the universe.

I had seen Star Wars, but I was not a die-hard nerd. When I got this job, it became a license to completely lose myself into the Star Wars universe and never reemerge! It’s been really fun for me.

Elaborating on this, she also praises the galaxy for being very much driven by the fans, with her crediting the fanbase who “basically created” Star Wars.

I can spend all my time in the Star Wars universe! It’s so awesome. I get to think about the Force, and starships, and various species. I get to pore over every detail of the lore that already exists, which has been so fun because, also, Star Wars, it’s a user-generated universe. So Star Wars fans basically created Star Wars.

Perhaps most interesting is Stenberg’s description of how large the Star Wars universe is, with her describing it as “thick” while praising the “collaborative” relationship between fans and the galaxy.

She is vast. She is thick. It’s this collaborative relationship between the fans and the universe itself to create this entire world. So, yeah, I’m flipping out. It is such a delight to have to actually get paid to lose myself into a space universe for a long time.

It’s important to note that the Star Wars fandom haven’t been entirely loving to cast members in the past, in particular with women of color. Moses Ingram saw intense racist bile sent her way after being in Obi-Wan Kenobi, and Kelly Marie Tran received a similar treatment after The Last Jedi.

Hopefully, fans will have learned their lesson, and Disney has learned to better protect its stars. The Acolyte does not have a confirmed release window yet but will be a Disney Plus exclusive.