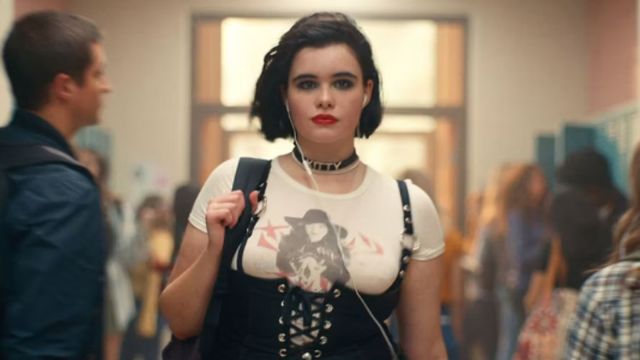 There’s an early graduate from Euphoria High, with Barbie Ferreira confirming she won’t be making her way back onto screens for the third season of the series.

Euphoria smashed countless records and picked up a strong following online after its first two seasons, but it appears that reported behind-the-scenes drama may have led to Ferreira leaving the series early. Previous reports from The Daily Beast have suggested feuds on set with the director over the direction of her character Kat during the second season.

Now, the actress has sparked discussion with her recent Instagram story saying she will not be returning for the third season. Upon sharing some fan art of her character, she admitted to a “teary-eyed” goodbye to her breakout role.

“After four years of getting to embody the most special and enigmatic character Kat, I’m having to say a very teary eyed goodbye. I hope many of you could see yourself in her like I did and that she brought you joy to see her journey into the character she is today. I put all my care and love into her and I hope you guys could feel it. Love you, Katherine Hernandez.”

There had been a series of minor to major controversies over the filming of Euphoria, with allegations of overworking actors, and in particular of series creator Sam Levinson and Ferreira having feuds which led to several walk-outs on set. Other allegations involved a general “toxic” work environment. HBO denied all the allegations.

It’ll be a good while before we see more of Euphoria, with its third season not expected to hit airwaves until at least 2024.