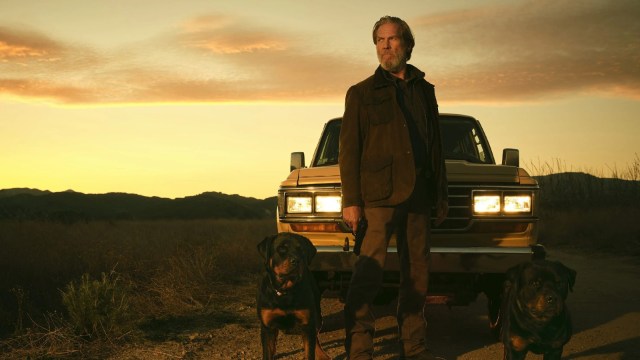 The Old Man actor Jeff Bridges shares his thoughts on leaving the entertainment business for good or sticking it out. It was announced in October 2020 that he had been diagnosed with lymphoma, and while battling that he also got COVID, which inspired an outpouring of love and support from many people all over the globe.

In an interview with Variety, Bridges discusses how his illness affected his decision and how much thought he put into retirement.

“I thought after my illness I didn’t know if I was gonna go back to work. I thought I was retiring, very seriously. And I don’t know. You know, my dad he worked right up to the very end. I don’t know, I’m just leaving that up to the way it works out. I’m not sure.”

In a somewhat art-imitating-life situation, in The Old Man Bridges plays former CIA operative Dan Chase, who has retired from his life of action to live a quiet life away from it all. That is until one of his secrets from the past comes out, and he has to return to the field of battle to solve it, while protecting those he loves most.

It wasn’t certain that the show would even happen as a result of the COVID-19 pandemic delaying production and Bridges falling ill with it himself. The situation was so dire that Bridges almost died from COVID while undergoing cancer treatment, and he’s openly discussed how difficult the challenges have been.

Bridges did return to The Old Man, and it wasn’t as arduous as one might assume. When asked if any scenes had to be rewritten to adjust to his health concerns, Bridges said, “Not really, no. I had a few fight scenes after I came back. The majority of the fight stuff was before I had all my health issues.”

FX has renewed The Old Man for season two and there will be even more political secrets and complicated family dynamics as the story continues. Chase’s frenemy FBI Assistant Director for Counterintelligence Harold Harper, played by John Lithgow (The Crown), will be coming back, and together they’ll have to face unfinished business from their past.