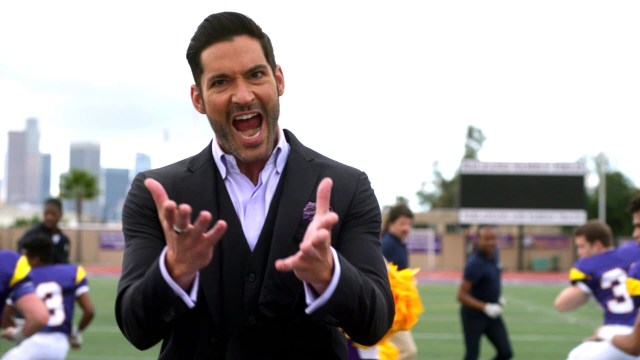 Lucifer wrapped up its unexpectedly lengthy lifespan last year after six seasons, crossing two platforms. Once Fox canceled the supernatural detective drama after three seasons, Netflix stepped in to pick up the adventures of Lucifer Morningstar (Tom Ellis) for an additional three runs, turning it into one of the most popular TV shows on streaming in the process. So it’s not ridiculous to imagine a revival of some sort happening later down the line.

Showrunners Joe Henderson and Ildy Modrovich certainly hope so. As the duo told Screen Rant, they would love to reunite with the Lucifer cast for any kind of reboot of the property, which is of course loosely based on the character of Lucifer from DC Comics. First, Henderson seemed positive about the idea, although he didn’t have a specific concept in mind:

I mean, I hope so. We loved making the show, we loved working with these people. I think hopefully at some point, we can find a way to come back, or at least revisit or do something. It was such a great time, it’s such a great experience, and we love these people, so never say never.

Modrovich then added that she’d love to see a Broadway musical version of the show: “My vote is for Lucifer The Musical, personally, on Broadway. If anybody wants to hashtag that, get that going.” Henderson then jumped in with his own pitch. “I say Lucifer The Animated Series,” he joked.

Lucifer: The Musical may sound wild, but actually it might be the perfect way to extend the franchise. Tom Ellis frequently got to stretch his vocal cords while singing at Lucifer’s nightclub, and season five memorably featured an all-singing, all-dancing musical episode. Likewise, Henderson’s idea isn’t crazy either, thanks to the season six installment that saw Lucifer and Chloe (Lauren German) transform into cartoons.

Let’s hope we don’t have to wait until hell freezes over to see more from the world of Lucifer. Although, in the meantime, at least we have Gwendoline Christie’s very different interpretation of the same character in The Sandman, also available on Netflix.