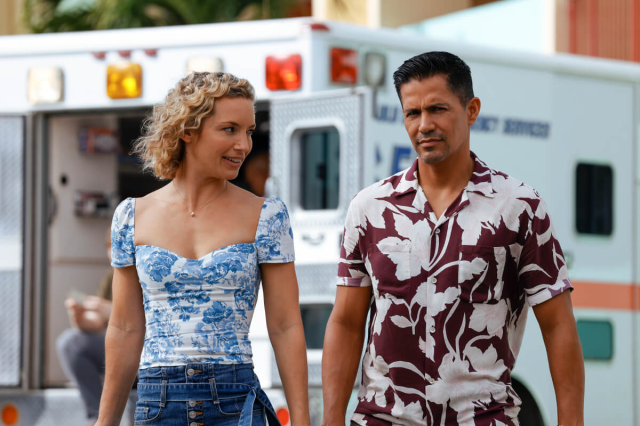 The Magnum P.I. reboot has had an adrenaline-fuelled ride so far.

On May 12th, 2022, CBS canceled the show. But a campaign by loyal fans demanding more Magnum led to the renewal of the series just one month later. NBC is set to make 20 episodes over seasons five and six.

The fourth run of episodes of Magnum ended with Thomas Magnum and Juliet Higgins‘ love-hate relationship landing firmly on the love side. Will their relationship continue to be close, or will there be a cooling-off period now that they have at least two more seasons together?

While the future direction of the show is unclear, one thing is certain: all the main cast members are scheduled to return, including Jay Hernandez as Magnum and Perdita Weeks as Higgins. The season will also feature regulars Zachary Knighton, Stephen Hill, and Tim Kang.

And season five will get a new cast member in the form of Michael Rady (who played Dr. Matt Cooper in Chicago Med). His character’s name will be Chris Childs, and he is set to be a recurring presence in season five.

With much of the same production team intact, we can expect more of what fans have always loved about the show: car chases, shootouts, and no doubt lots of breaking and entering. But it also likely means that the brilliant camaraderie between the cast will continue. And with episode titles like “NSFW” and “Welcome to Paradise, Now Die!” in the pipeline, we can be sure that Magnum P.I.‘s innate sense of fun will continue.

You can expect Hawaii’s favorite P.I. to return to your screen sometime in early 2023.