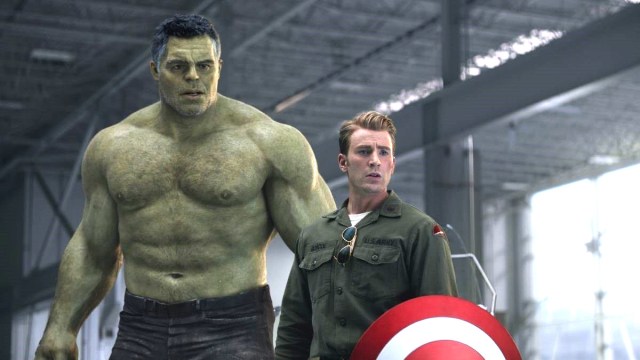 As far as we know, Steve Rogers is still alive and out there somewhere in the Marvel Cinematic Universe. While The Falcon and the Winter Soldier made it clear that he’s probably not on the moon, Old Man Steve’s whereabouts remain a mystery that nobody seems able to solve.

However, we wonder what the centenarian would make of Jennifer Walters pestering her cousin, longtime Avenger, and close buddy of Captain America Bruce Banner for information on his virginity. Eventually, the cat was let out of the canonical bag, with She-Hulk: Attorney at Law showrunner Jessica Gao admitting that the answer came directly from Kevin Feige.

It instantly set off a firestorm of internet reactions, leading Mark Ruffalo to issue a public apology to the star-spangled superhero when discussing the show’s opening installment with Entertainment Weekly.

“I laughed my ass off. I’m like, ‘Does someone need to talk to Captain America about this?’ I haven’t. I was afraid he was going to have it cut. Too late now, buddy. The cat’s out of the bag.”

The actor went on to admit that it was the human element that appealed to him the most, which is fair enough when he’s spent a decade in a motion capture leotard pretending to fight aliens and monsters that weren’t really there.

“That’s all the human stuff that we don’t get to [usually see]. What’s great about this show is that we get to see them as just human beings and what their lives are and what those histories are. It’s really different in that way, and it’s funny because we’re seeing this single girl in her 30s, and when [head writer] Jessica Gao said, ‘I love how horny-forward the show is,’ I was like, ‘I’m going to use that.'”

It’s been one of the greatest mysteries in the history of the MCU, so credit must go to the She-Hulk team for taking the bull by the horns and settling it once and for all.