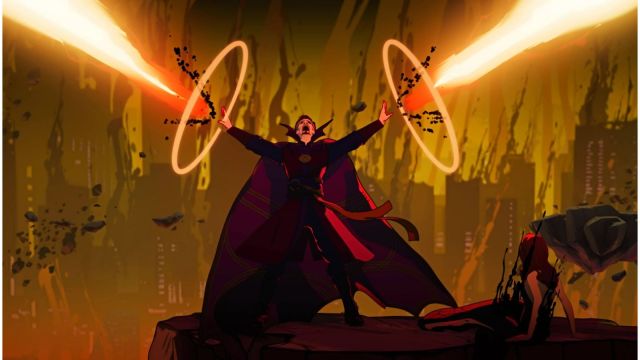 Marvel’s Phase Four hasn’t quite set the box office, nor the world, on fire quite like the previous three but fans are unanimous in believing the Disney Plus shows have been a highlight.

Phase Four began with Black Widow, Shang-Chi and the Legend of the Ten Rings, and Eternals, but none managed to hit home quite as well as the television series released since. The likes of WandaVision, The Falcon and the Winter Soldier, Loki, What If…? and plenty more have been part of a huge shift, and importantly, memorable moments.

Marvel diehards are full of praise for the TV aspect, with them reminiscing on the finest on the flat screen.

Fans are feeling very nostalgic for the early days of WandaVision in particular, when everyone and their dog assumed the devil himself Mephisto would be revealed. In the end though, it just ended up with none other than Ralph Boehner. A good dick joke cannot be refuted.

Among the most shocking moments thus far in Marvel television came during The Falcon and the Winter Soldier when John Walker brutally murdered a man with his shield, proving just how much of a bad bloke he is. Can’t wait for the Thunderbolts.

There is still love for moments from the films, with one comment singling out the incredible piano-note battle between Doctor Strange and Sinister Strange in Multiverse of Madness. You have to hand it to Sam Raimi, he knows how to make a final fight look and feel spectacular.

Speaking of Doctor Strange, his tragic What If…? episode saw him go to town on a bunch of peculiar multiversal creatures before taking on his “supreme” cloak.

Every Marvel television series can be streamed exclusively from Disney Plus.