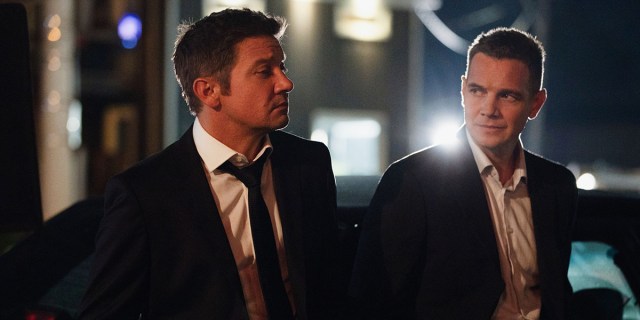 Season one of Major of Kingstown received critical acclaim for its dense themes and compelling characters and ended with a hard-hitting resolution. The crime thriller series was soon renewed for a second season by Paramount, prompting burning questions surrounding the potential contents for another chapter.

Yellowstone co-creators Taylor Sheridan and Hugh Dillon had a hand in bringing the thriller series to life. Mayor of Kingstown follows Mike McLusky (Jeremy Renner), a man whose family is involved in the incarceration business; McLusky’s works as a buffer for prisoners in Kingstown and their respective families, along with the law enforcement and other key players. Mike is haunted by the murder of his brother Mitch (Kyle Chandler), which makes it difficult for him to navigate precarious waters when it comes to peacemaking between aggressive factions in the town.

Who will be returning in season 2?

Although there is no official confirmation regarding the cast of Mayor of Kingstown season 2, it is likely that Jeremy Renner will be reprising his role as Mike since the narrative hinges on his arc in major ways. Kyle Chandler will not be returning as Mitch, due to the way in which his story progresses, although Diane Weist could potentially return as Mirian McLusky, and another season might opt to offer greater insight into her character.

Other returning cast members could potentially include Taylor Handley, who plays Mike’s brother, Kyle, along with Nichole Galicia, who plays Rebecca, Hugh Dillon who plays homicide detective Ian, and Tobi Bamtefa, who assumes the role of Bunny. This paves the way for introducing fresh characters in season two, wherein the showrunners could bring in guest stars and utilize their characters to further the plot to good effect.

What season 2 could potentially be about

The nature of the narrative in season one of Mayor of Kingstown relies on the trope of “show, don’t tell,” meaning that most of the character backstories and personal motivations have not been spelled out explicitly. Season two could take a stab at fleshing out backstories, especially that of Mike, as there are plenty of opportunities to explore the interpersonal dynamics he shares with his family.

Important questions that can be addressed include the question about the influence of the McLusky family, referring to the way in which they acquired the power and authority they currently enjoy. Moreover, Mike — who has a criminal history of his own — is shown to have access to crime scenes in ways that raise questions about the extent of contacts he might have within the system. While season one featured a string of violent clashes, season two could connect the storylines together in a more cohesive manner, and focus on the practical repercussions of the crimes committed.

Does Mayor of Kingstown season 2 have a release date?

An official release date has not been revealed for season two of the thriller series, as of yet. However, We Got This Covered will keep you updated as soon as an official announcement leaks. Moreover, based on consistency, the second season could potentially follow season one’s ten-episode format.