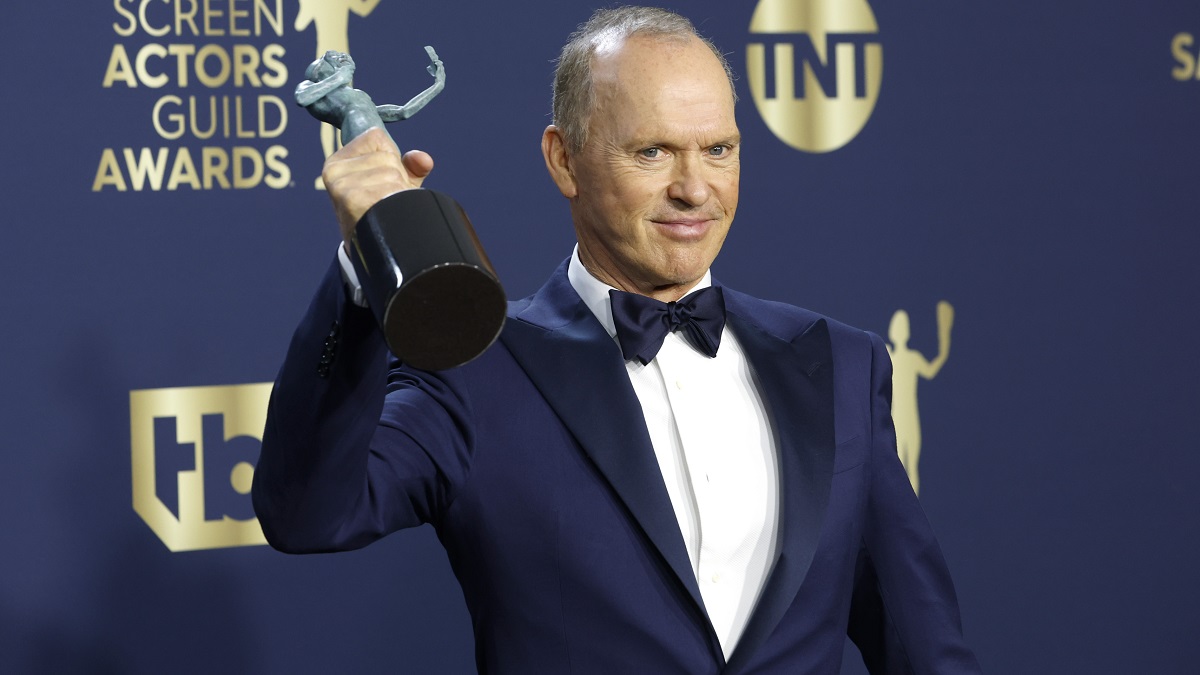 Last night Michael Keaton added another trophy to his awards cabinet, winning Outstanding Performance by a Male Actor in a Television Movie or Limited Series at the 2022 SAG Awards for his work on Hulu miniseries Dopesick.

He was one of the front-runners going into the ceremony, and fully deserved the win, but he was nowhere to be seen when his name was read out on stage. However, he did explain himself after hurrying onto the podium.

“Sorry, quick trip to the men’s room, and it’s packed by the way. This is so nice. Thank you very much.”

Bathroom troubles aside, this awards win is going to spark off a busy 2022 for Keaton. The biggest news is that he’s donning the cape and cowl for the first time in 30 years when his Batman/Bruce Wayne reappears in The Flash and Batgirl. It appears that Warner Bros has big plans for Tim Burton’s Batman, with rumors indicating that he’ll go on to tie the DC multiverse together as a Nick Fury-type figure.

Before that, Keaton will reprise his Spider-Man: Homecoming role of Adrian Toomes/Vulture in Morbius, which lands on April 1. It’s unknown how big a role he’ll have, but his presence alone indicates that Sony’s Spider-Man Universe and the MCU are continuing to dovetail in all manner of interesting ways.

Whether he’ll ever return to tangle with Tom Holland’s Spider-Man remains to be seen, though the ending of No Way Home will mean he now has no idea of Peter Parker’s true identity.

I’ll always have time for Micheal Keaton, and it’s great to see that he’s on a hot streak. Here’s hoping many more award wins are coming his way, though perhaps next time he’ll plan his bathroom break a bit better.