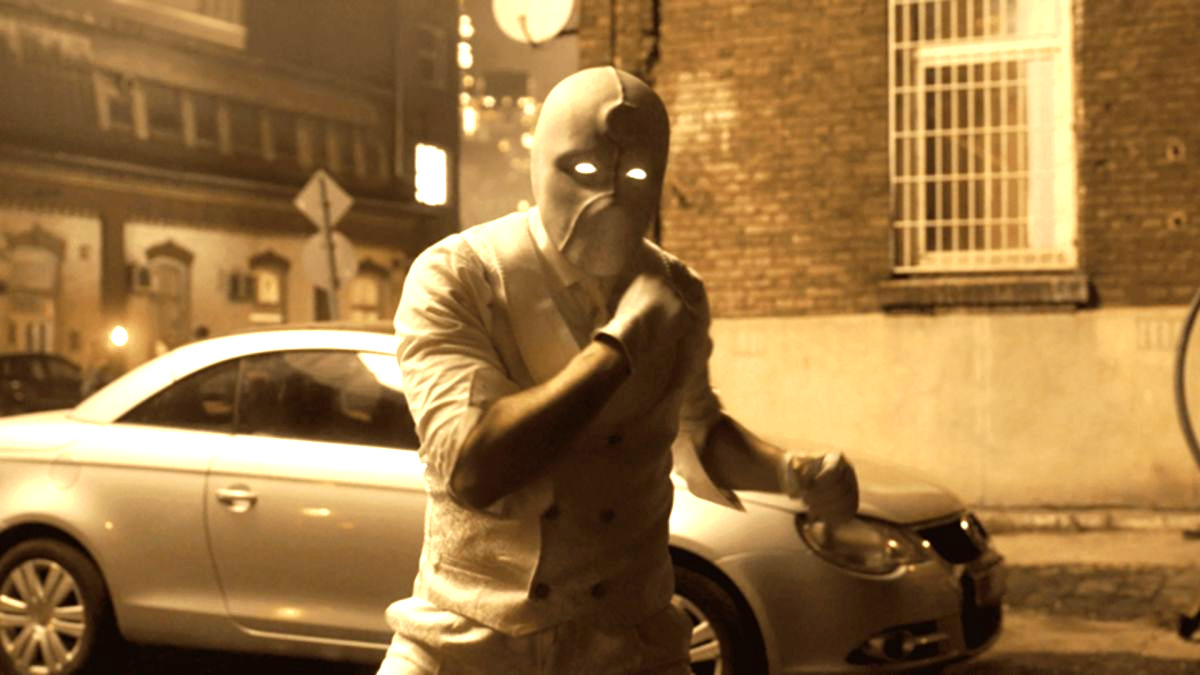 Moon Knight made an abundance of controversial changes to its source material, but one that arguably miffed fans the most was the retooling of Mr. Knight. While the sharp-suited superhero is another of Marc Spector’s alters in the comics, the TV show made him the costumed form of Steven Grant. Likewise, the comic book Mr. Knight is a highly capable and brutal figure, but Steven’s version was initially clumsy and comedic in a fight. But it turns out it wasn’t always planned to be this way.

In an interview with Inverse, showrunner Jeremy Slater explained that his original intention was to make Mr. Knight Marc’s alter ego due to Marc’s proficient combat style matching the original character. However, Marc needed to wear the traditional Moon Knight costume so that it could be introduced first, in the closing moments of episode one. As Slater elaborated:

“In my head, it made more sense for Mister Knight to be Marc’s because in the comics he was the more brutal, efficient, violent Moon Knight. […] Problem was, if the first time he’s suiting up is the first time you’re seeing him, and if it was Mister Knight, it didn’t feel right. It didn’t feel as cool. We wanted that moment with him, in the cape, towards the camera.”

The simple idea of switching the suits and having Steven be Mr. Knight instead was actually conceived by Kevin Feige. While Slater admitted that he can see why fans were disappointed with the change, he feels it was necessary. What’s more, it all comes good by the end of the series as Steven gets to show off his own skills by “kicking some ass” in a tag-team brawl with Marc in the season finale.

“I think [Feige] was right. A lot of hardcore Moon Knight fans were like, ‘That’s not my guy.’ I agree. But you don’t want your guy to be perfect out of the gate because there’s no room for him to improve. We knew we would have Mister Knight kicking some ass, and my plea to the fans was, ‘Just wait.’”

It seems Feige had a lot of input into the portrayal of Mr. Knight in the show. It’s previously been revealed that it was the Marvel president’s notion to give the character a tear down the center of his mask, something which isn’t present in the Mr. Knight design on the page. Ironically, that’s something that makes the character look even more badass, when he’s otherwise used for comic relief for the most part.

With any luck, we’ll see Steven morph into an even more comics-accurate Mr. Knight in a second season of Moon Knight. For now, relive the first six episodes on Disney Plus.