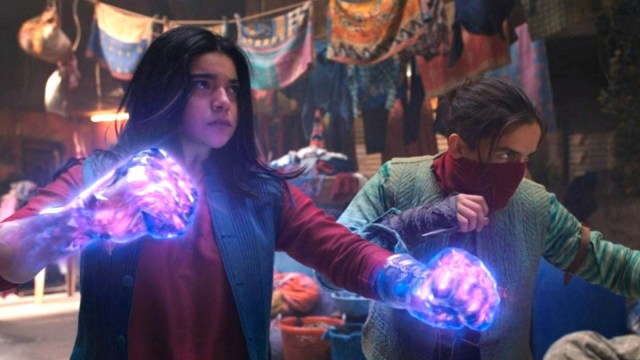 With every new MCU project that has come along since Avengers: Endgame, Marvel fans always have one big question: what happened to these characters during The Blip? Those five years where half the population was dust affected everyone on the planet, and yet sometimes it seems like the denizens of Earth-616 have forgotten all about it. Ms. Marvel, for instance, avoided making a single reference to Thanos’ Snap during in its six-part season.

So it’s down to directors Bilall Fallah and Adil El Arbi to clear up the mystery of whether Kamala Khan and her family survived The Blip intact or not. The Direct asked the filmmaking duo this pressing question during a post-finale interview and Fallah and El Arbi confirmed that, to the best of their understanding, neither Kamala, her brother, Aamir, nor her parents, Muneeba and Yusuf, were dusted by Thanos.

The pair aren’t too clear on this, however, as Kevin Feige refused to take an official stance on it. Here’s what the directors had to say:

Well, I would assume that, seeing how the family dynamic is with them, I have a feeling that none of them got snapped. But whenever we ask Kevin about, ‘What about The Snap or The Blip? Do we reference it at all?’ He would say, ‘Don’t worry about it. Focus on the story, focus just on that, don’t ask too many questions about other movies, other shows and all that.’ That was sort of his mantra for Ms. Marvel.

So it seems that Marvel’s creatives are free to handle the ramifications of The Blip however they see fit. Clearly, the makers of both Hawkeye and WandaVision saw the dramatic potential of the universal crisis as they featured memorably harrowing depictions of what it was like to live through, from the POVs of Yelena Belova and Monica Rambeau. A callback to the horrors of The Snap wouldn’t have gelled with the mostly peppy Ms. Marvel, though, so it was probably the right decision to sidestep the whole issue.

But those fans who like to keep a track of these things can breathe easy thanks to Fallah and El Arbi’s answer to the question, which reveals that the Khans were one of the lucky ones who didn’t lose anyone to The Snap.