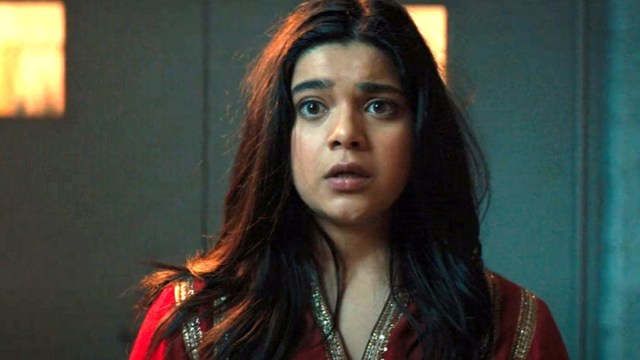 This week’s Ms. Marvel saw Kamala and her mother take a trip to Pakistan to visit their grandmother. For Muneeba, this was simply a family trip in the hopes of straightening out her daughter, but the teenage superhero was on a mission to learn more about her bangle, what’s going on with the Noor dimension, and why she had a mysterious vision of an old steam train.

It was an extremely fun ride through a location atypical for the MCU, with Bangkok doing a great job of standing in for Karachi. However, audiences immediately noticed a huge goof early on the episode that we’re surprised slipped through the editing process.

When Kamala and Muneeba touch down at Karachi airport and greet their family it’s nighttime, though by the time they arrive at the family home in Karachi (where they meet adorable golden retriever Magnum) it’s broad daylight. with fans on r/MarvelStudios instantly picking up on the error.

One poster gave us some local insight:

Others say there may have been a stay in a hotel we didn’t get to see, but:

Disney and Marvel Studios have a reputation for fixing little mistakes like this via ‘patching’ the streaming version, so we may see some quick color grading being added to at least make the scene look like early morning.

Regardless of this slip-up, Ms. Marvel remains one of the best Disney Plus shows Marvel has put out, and after the cliffhanger ending, it’s going to be a long week until episode 5.