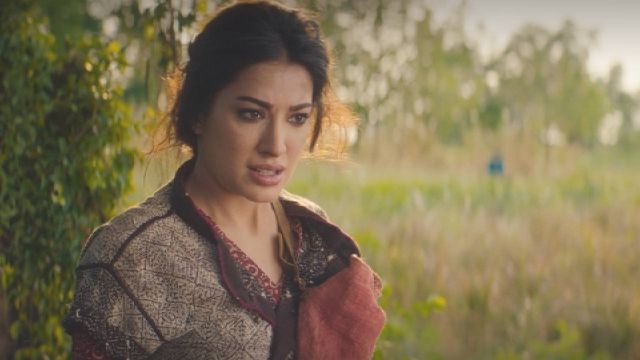 Ms. Marvel may be over, but Kamala Khan’s MCU journey is only beginning. The recent Disney Plus show’s finale ended on a major cliffhanger, featuring a cameo from Brie Larson, which set up Iman Vellani’s heroine to return in next year’s blockbuster sequel The Marvels. But while Kamala’s definitely got some exciting times ahead of her, it’s unclear if a Ms. Marvel season two is happening so we don’t know if we’ll see certain other characters from the series again in the franchise.

But one member of the cast is certainly hoping to get the opportunity to reprise their role. Mehwish Hayat, an award-winning Pakistani actress who landed her first US-based project with this Marvel outing, played the key character of Aisha, Kamala’s great-grandmother who is really one of the Clandestines — an immortal superpowered race who hail from the Noor dimension.

Hayat, who particularly had a major role in the flashback-heavy episode five, revealed while speaking to PopCulture.com that she would love to return as Aisha in a prequel spinoff based around the Clandestines, which could answer all the questions that were left dangling at the end of Ms. Marvel. While the actress has no idea if Marvel is entertaining such an idea, she thinks it would have a lot of material to mine.

“First of all, I don’t know about it, obviously, if there is going to be a prequel or something, I hope there is. But there were a lot of questions that were left unanswered. Like, ‘What were we doing? Why were we not able to go back home? Why were we stuck in that place where we were as Clandestines? How do they know each other? What happened? Exactly, how did they come in contact?’ Also the fact that, when Aisha says, ‘This bangle is not going to work, it’s not going to work,’ so how did she know that it’s not going to work?”

Another Clandestine-related question that fans are desperate to get the answer to concerns Aisha’s bangle’s potential connections to the wider MCU. The temple it’s recovered in sports the symbol of Wenwu’s Ten Rings organization from Shang-Chi while the bracelet itself was removed from a disembodied blue arm, which probably belonged to a Kree.

With any luck, more of Kamala’s origins will be explored in The Marvels, hitting theaters next July. In the meantime, catch Marvel’s Comic-Con panel this weekend for the chance of some news on Ms. Marvel‘s future.