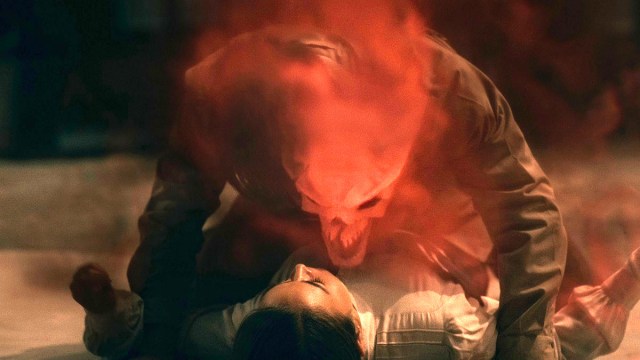 With The Umbrella Academy and Sweet Tooth currently on hiatus, Lucifer and Locke & Key having wrapped up their runs, The Old Guard sequel in the midst of post-production, the Defenders Saga having migrated over to Disney Plus, and the likes of Raising Dion and Jupiter’s Legacy being kicked to the curb, a gap in the market has opened up for Warrior Nun to swoop in and declare itself as Netflix’s hottest comic book property.

Its an opportunity that’s been seized with both hands, seeing as the wildly popular adaptation of Ben Dunn’s source material has instantly seized a spot on the Top 10 in a massive 70 countries since the long-awaited second season dropped this past Thursday, per FlixPatrol. The series became a word-of-mouth sensation and sizeable smash hit in the summer of 2020, and it’s been an excruciating wait for fans to see the return of Alba Baptista’s ass-kicking hero Ava Silva.

On the plus side, a renewal was announced shortly after the first batch of episodes dropped, so nobody had to live in fear that Warrior Nun‘s existence was under threat. Of course, a prospective season 3 is an entirely different question given Netflix’s love of canning episodic properties that possess a hefty volume of online support, so let’s hope that the numbers are strong enough to ensure that won’t be the case.

Blasphemous to a certain degree but never anything less than entertaining, the unique mythology and sheer insanity of watching members of the convent armed to the teeth and engaging in an inter-dimensional battle against demonic entities with the future of mankind at stake is every bit as fun as it sounds, with Warrior Nun‘s status only growing now that the sophomore run is out there for the world to see.