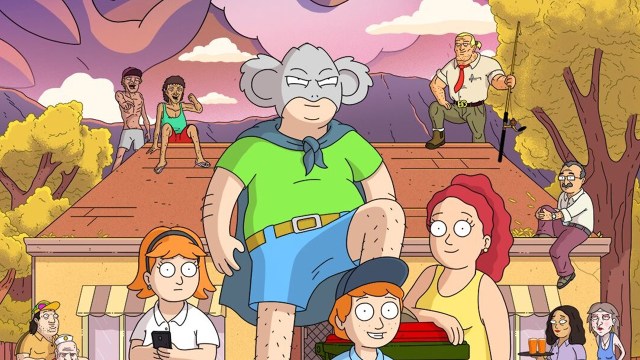 Hulu’s upcoming animated comedy series Koala Man has received a huge addition all the way from the land down under as Hugh Jackman signs on to join the cast.

Koala Man was first ordered by the streamer in March 2021 and follows a middle-aged dad called Kevin. Of course, Kevin has his own secret identity as the Koala Man fighting crime in the town of Dapto.

“Though it may seem like any other Australian suburb, forces of evil both cosmic and man-made lie in wait to pounce on unsuspecting Daptonians. On a quest to clean up his hometown, and often roping his frustrated family into his adventures, Koala Man stands at the ready. He’ll do whatever it takes to defeat villainous masterminds, supernatural horrors, or worse: jerks who don’t take their rubbish bins down on the proper days.”

While he won’t be taking the leading role, Jackman will voice Big Greg who is the head of the town council and said to be the most popular man in all of Dapto. Greg and Kevin do have a relationship as the former is Kevin’s direct supervisor. Things get even more dire for poor Kevin as Greg seems to get all of the credit for Koala Man’s work.

Koala Man is the work of Rick & Morty co-creator Justin Roiland alongside Michael Cusack. Showrunners for the project include Dan Hernandez and Benji Samit. Cusack will voice the show’s main character.

Koala Man is set for an eight-episode run but right now there is no news on when it will arrive.