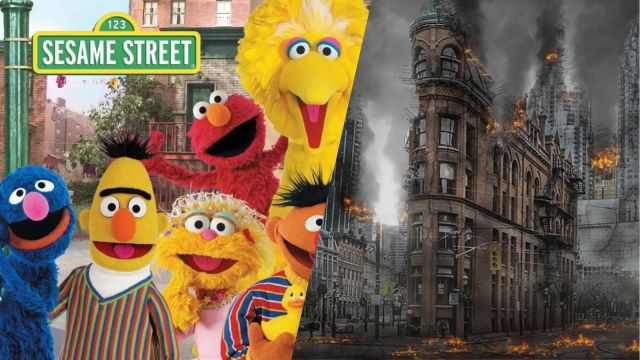 What is the first that comes to mind when you hear Sesame Street? Big Bird and his many cousins? The loveable Maria? Elmo vs. Rocko? But what about ‘post-apocalyptic society?’ Not what you were expecting, were you? Well, according to one Reddit user, the show is indeed set in a post-war universe.

And if you’re wondering why ‘post-war between humans and monsters’ sounds familiar, that’s because it’s the same plot as Undertale.

This post gave a mixed reaction to those who stumbled across the theory. A few readers don’t believe this is a viable theory to stand on its own due to the lack of evidence.

Some began to have questions. One asked why OP hasn’t accounted for the Sesame Street movies where the characters travel across the world and the people in power in those areas are monsters. Others asked how Bert and Ernie fit into all of this since they’re technically human. One also asked where the celebrity guest such as Mark Hamill came from if humanity was close to extinction. Sadly, OP has not answered any of these questions, making this theory crumble even further.

One Reddit user tried to “fix” OP’s theory by theorizing that it’s not a ‘refugee camp’ but an immigrant subsection of New York, similar to Chinatown. They also pointed out that if it was a post-apocalyptic society, then Oscar the Grouch would have said something about his distrust or hate against the military or the people in power because he’s a very outspoken monster.

But regardless of how strong or weak this theory holds, just the idea of Sesame Street residents being the next generation of post-war refugees is an interesting interpretation of the show. However, the theory does not have many legs to stand on, hence why it has led to people asking questions.