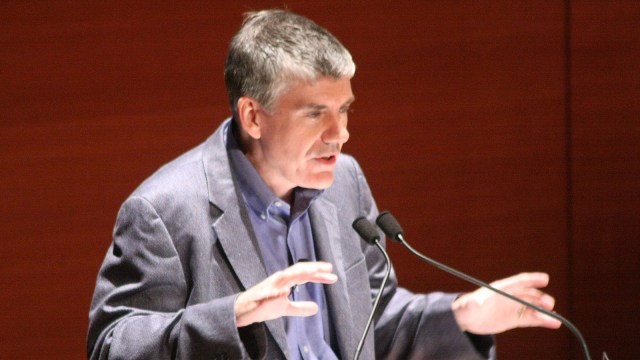 Rick Riordan provides an update on the Percy Jackson Disney Plus series and shares his disappointment about the previous movies. Percy & The Olympians: The Lightning Thief and Percy Jackson: Sea of Monsters weren’t received positively by many people, and the movies didn’t go over well with the author either.

In a report from ComicBook, Riordan responded to his work being changed in the adaptions and the challenges he faced with 20th Century Fox.

“To you guys, it’s a couple hours entertainment. To me, it’s my life’s work going through a meat grinder when I pleaded with them not to do it. So yeah. But it’s fine. All fine. We’re gonna fix it soon.”

Percy Jackson is a beloved YA fantasy book series about a boy whose world gets turned upside down when he learns that Greek myths are real. He learns his true purpose, his lineage and discovers he possesses great powers he uses to save the day. It has an intense fanbase that can rival some of the biggest franchises, but the movies strayed significantly far from the source material.

In the books, Percy’s missing mother plays a significant role in his motivations, and he’s encouraged by Chiron to go on his quest. In the movie, Percy has to collect three pearls to reach the Underworld to confront Hades about Zeus’ stolen lightning bolt. This and many other changes didn’t go over well.

On GoodReads, Riordan wrote that the new show is in good hands and that he will ensure it remains up to his standard as executive producer.

“I will be watching it every step of the way, from audition tapes all the way through to the final cut of every episode. I imagine it will be like my books in some ways. By the time one is published, I don’t need to sit down and read it because I’ve read it while I was writing it like a hundred times!”

Although the Percy Jackson series isn’t yet confirmed for season two, it’s likely the first season will set up future storylines should it get the green light. There are five books in the series, which means there’s plenty of material to adapt, but it’ll depend on how well the series performs.

The Percy Jackson series will be eight episodes and has an expected release date of 2024.