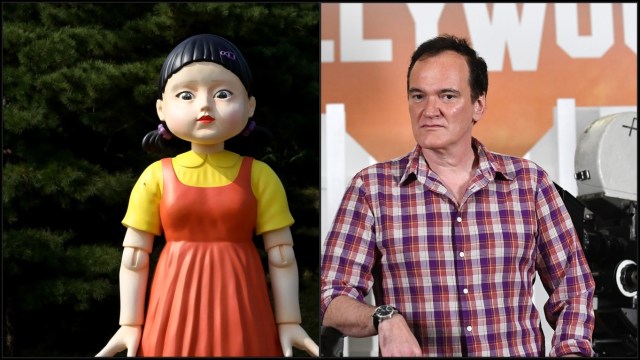 During a press conference held in celebration of Squid Game‘s successful Emmys run, series director Hwang Dong-hyuk revealed that while we won’t be seeing any glimpses of Hollywood faces during the show’s second season, Leonardo DiCaprio’s admiration for the show could see that change by the time the third season begins production.

“There will be no known Hollywood actor in season two, that’s not in the plan and if the stage changes, maybe in season three. Leonardo DiCaprio did say he’s a big fan of Squid Game, so maybe if time or chances allow, we can ask him to join the games. We have already joked about that.”

It’s far from a confirmation, but the simple fact that all the nuances are there to make it a reality would overwhelm any fan of the show with glee.

It’s not as though DiCaprio would be entirely out of place either, despite the fact that he would be an A-lister among a comparably lesser-known cast outside of South Korea; indeed, his time working on two of Quentin Tarantino‘s blood-soaked features, namely on Django Unchained and more recently on Once Upon a Time in Hollywood, would surely prepare him for the gorefest that is Squid Game.

Season two of Squid Game will premiere on Netflix within the ballpark of late 2023 to sometime in 2024.